There’s no questioning that soldiers are some of the bravest people on the planet. They sacrifice so much in order to protect their country and their people, risking their lives and giving up a normal life at home with their families. It’s no doubt very hard on them, and that’s without even considering the difficult situations these soldiers might encounter during their time in the service. Many of them watch their friends die in battle right in front of them, and that’s sure to affect somebody for the rest of their lives. There are many soldiers who suffer from Post Traumatic Stress Disorder after their time in the service is over.

PTSD can make it incredibly hard for veterans to get back into the swing of regular civilian life after they return from deployment or retire. Some of them can even experience discomfort around their closest relatives and friends, and they might have trouble with panic attacks and anger episodes. Therapy can help things improve and give veterans the tools they need to cope with and better understand their condition. Sometimes they’re even paired with therapy and service dogs, which is exactly what happened with a veteran named Erick Scott.

His service dog’s name was Gumbo, and the pooch was recruited to help Erick combat his problems. In the middle of an interview one day, Erick began experiencing a panic attack, and Gumbo sprung into action as soon as he sensed what was happening. He comforted his new friend, calming the veteran immediately.

It’s truly amazing what service animals can do for humans. Not only can they sense when danger is approaching or when someone is in need, but they do an incredible job of calming or rescuing their humans. Watch the video to learn more about Gumbo and Erick. Then, share this story with your friends and leave a comment down below! 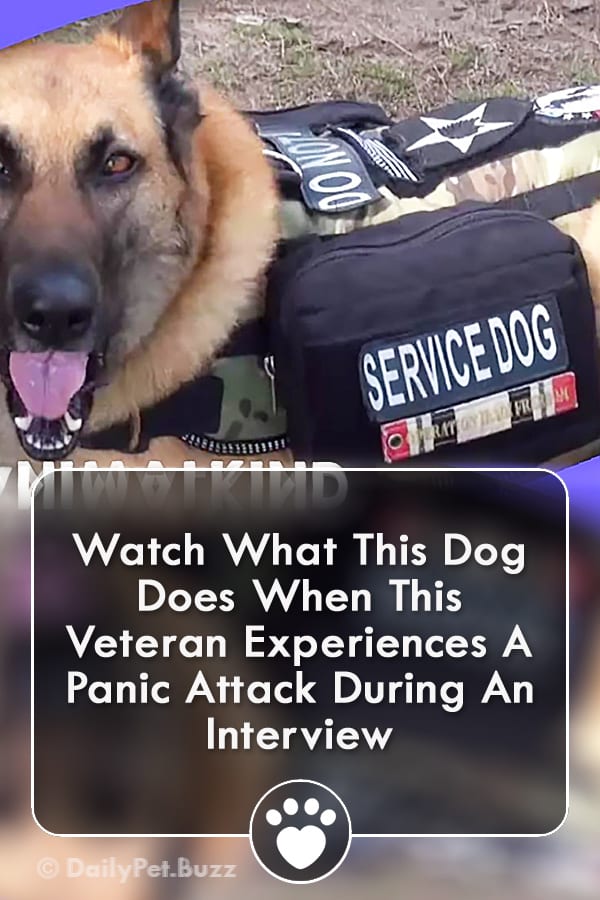