I’m an only child, but I can’t imagine what it would be like being separated from a sibling for a long time. I’m talking about as children, not when they are grown up and have gone to college or moved to different cities. Creating a bond with a sibling at a young age is vitally important, and having time lost can really be devastating. The same could be said about dogs as well as humans.

Take the two dogs in this video, for example. Shelby and Buddy grew up together in the tiniest of cages with nothing to play with. They only had each other’s company to keep them occupied. They were rescued by PETA and wound up going to two different homes. It was the only way to ensure that they would have places to live. They had new families to adapt to. They probably missed each other though.

PETA thought that might be the case too, and after a year, they arranged for the two brothers to meet in a park. Their parents drove them to the meeting place and when they got out and saw each other, it was like no time had passed. They began playing with each other and the hours went by faster than a raging stream. It’s possible they could have stayed awake all night if their mommies and daddies didn’t have to go home.

Did they know that they were going to meet up with each other? Surely, they must have sensed something as they sat in the back seat of their respective parents’ vehicle. Maybe

I thought these two dogs were the friendliest I’ve ever seen even when they were in the cage. Don’t you agree? Please leave your thoughts in the comments section. Also, it would be great if you ‘Like’ us on Pinterest. 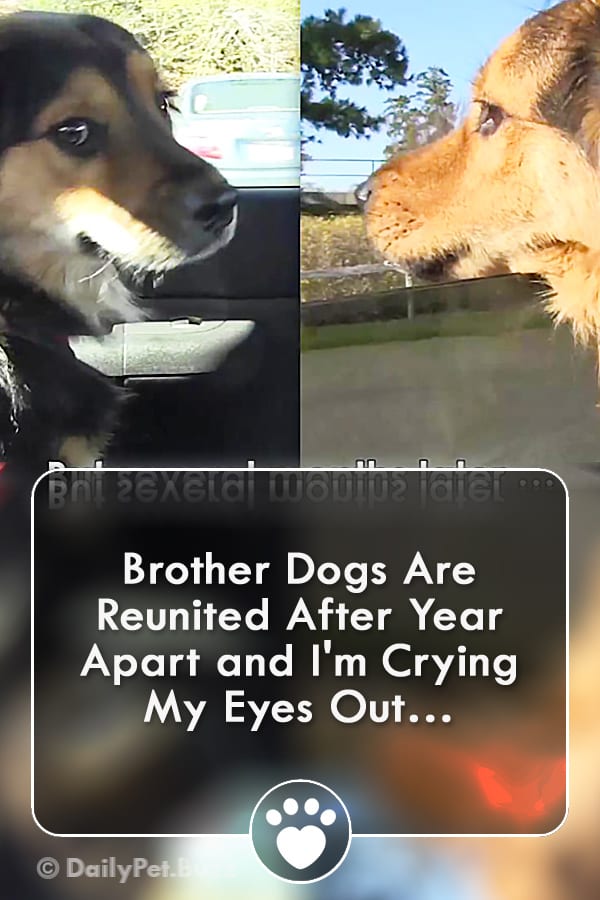