As we’ve shown you in many videos before, the bond between a person and his dog partner can be extremely deep and pure. When the two of them work together for a greater purpose, such as serving their country, this bond only gets stronger. That’s why the story in the following video is so heartbreaking. While fighting for his country on the other side of the world, Sgt. Peter Neesley died in combat. This left his family and friends devastated, of course. But a mother dog Peter had adopted while in Iraq was the one who felt it first.

Thankfully, his sister Carey was there to lend a hand. After the poor dog and her last surviving puppy were left alone in the war zone, she did whatever it took to take her to the states to safety and adopt her herself. Carey and Peter were very close, and after losing him at such a young age while he was doing such a great effort for everyone, she was determined to honor his memory in any way that she could. What happened at the end of the video really touched my heart!

Watch this amazing story in the clip just below. Don’t forget to share it with your friends! 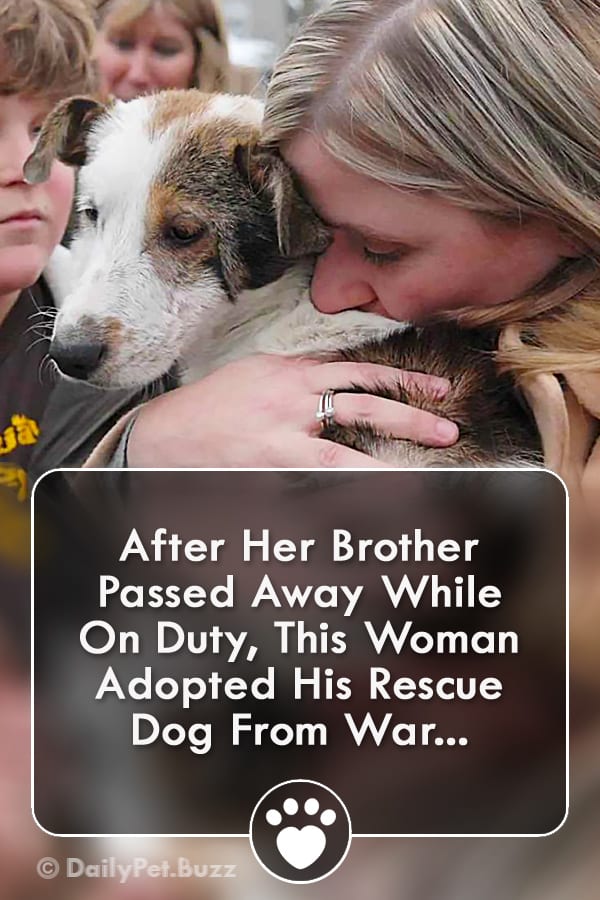