The beautiful dog featured in this video is named Bretagne. She is the last known living search and rescue dog who worked at Ground Zero. Bretagne and her handler Denise Corliss were members of Texas Task Force 1 and they had a tough first deployment.

They joined hands with almost 100 other search and rescue dogs in order find and save people who were trapped in the rubble of the World Trade Center after the terrorist attacks of 9/11. Bretagne and Denise have had an inseparable bond ever since.

When BarkPost found out that Bretagne’s 16th birthday was coming up, they teamed up with 1 Hotels in order to give her a well-deserved ‘Dog’s Best Day.’ They brought this hero and her mom back to the city for the ultimate surprise. According to BarkPost: ‘Bretagne is very special in the eyes of the New Yorkers and with her sweet 16 birthday coming up along with the 9/11 anniversary, now was the perfect time.’

Since this was filmed, Bretagne, pronounced Brittany, passed away on June 7. I think all of New York and most of the United States mourned her passing. She was a symbol of what happened on that day and how Americans came together to help one another and I’m sure she will never be forgotten for her bravery and heroism. The 9/11 disaster was Bretagne’s first job, and she sure proved herself to be a hero on that day.

Watch this special honor to these lovely heroes in the video above! Let us know your thought about it in the comments! 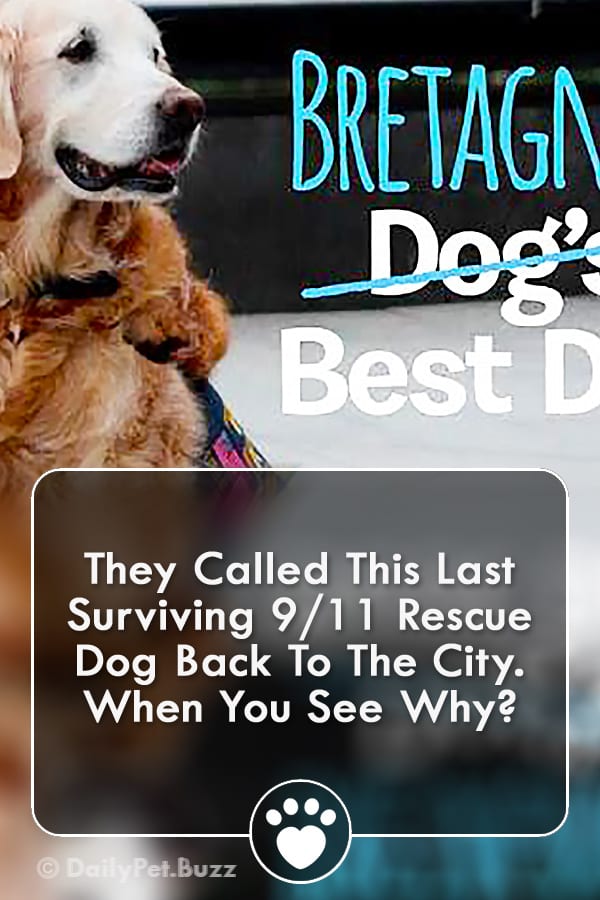