There’s a long-held stereotype that cats and dogs hate each other. I blame ‘Tom & Jerry’ , the cartoon. Back when I was a kid, Tom and Spike, the big bulldog, were constantly fighting. It perpetuated that image. My miniature schnauzer would also growl at any cat that walked around our house when I was growing up. This video, though, shows a grown cat and dog getting along well.

We see a cat and a dog lying on the ground. The cat is rubbing up against the dog in a sign of affection. Who knows why. Maybe she’s buttering him up for some food later. She might just really like him. The dog doesn’t mind her affection, though it seems like he’s in lazy dog mode more than anything. The video is really short, around 30 seconds, but it still should be enough to make your day.

The cat, which is a domestic shorthaired, it seems, is really, really happy to be in the dog’s company. She’s rolling around on her back, which means she trusts this dog implicitly, since exposing her belly is quite dangerous for any cat – it’s a highly vulnerable point. The dog seems more tired than anything, though he does tolerate her rubbing up against his muzzle and mouth the whole time.

People often think of cats as being aloof creatures who lay around and sleep and tend to ignore people. Yes, there are some felines that are like that. My two cats, on the other hand, are far as you possibly can be from aloof. I can’t sit on the floor for more than three seconds before one, or both, come up to me looking for a pat on the head. Fortunately, only one is a lap cat, because I’d hate to have a cat fight with both sitting on me –

It’s so great to see them bonding like this, isn’t it? Do your cats and dogs act like this? Tell us your favorite stories in the comments section. Also, please ‘Like’ us on Pinterest. 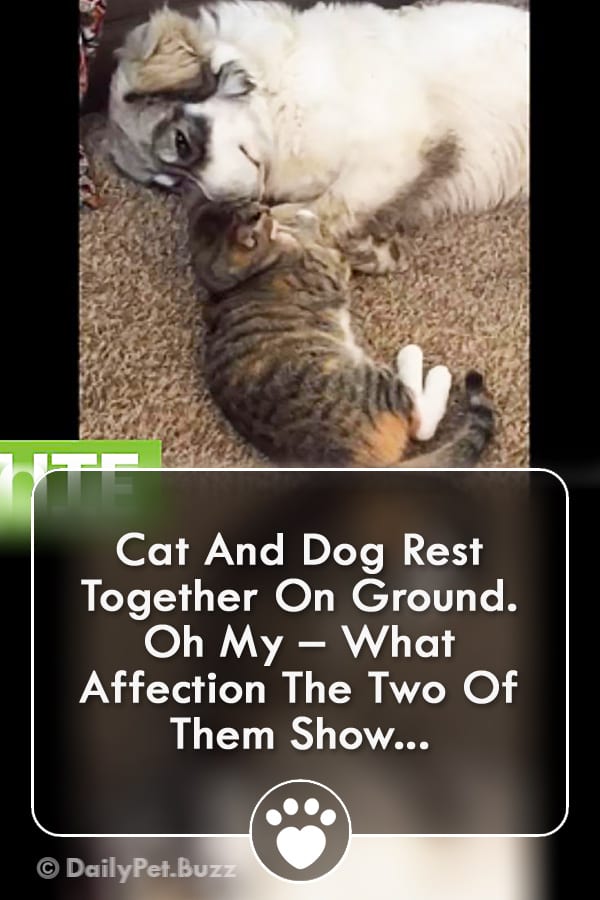