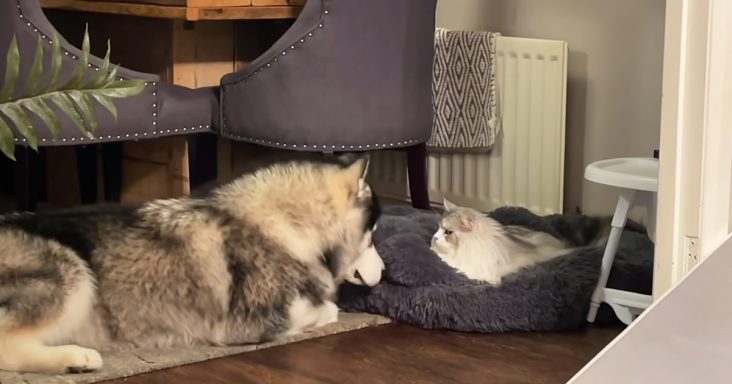 Milo is a fluffy white cat who lives with three gigantic Malamutes. Milo is the king despite his size, and the other dogs wouldn’t dare mess with him.

It was unfortunate when Teddy the Malamute wanted to sleep one night, but he found Milo resting in his bed. Milo was snug as a bug and didn’t show any remorse.

Teddy sniffed him gently and laid down with his head at the edge of the bed. He pressed his paws against the soft cushions as if he was asking Milo to leave.

Milo would not budge even if Teddy was asking nicely. He had an expression on his face that was a mixture of curiosity and irritation.

Teddy was massive compared to Milo, but he treated him with caution. It was the right call because Milo took a quick swipe at him, and Teddy jumped back.

Milo was telling him to stop annoying him and keep his distance. Teddy paced and jumped back and forth with frustration. There was nothing he could do to make Milo give him his bed back.

In the end, Teddy was out of options, and he merely walked away because he didn’t want to deal with Milo anymore. Milo was once again victorious. 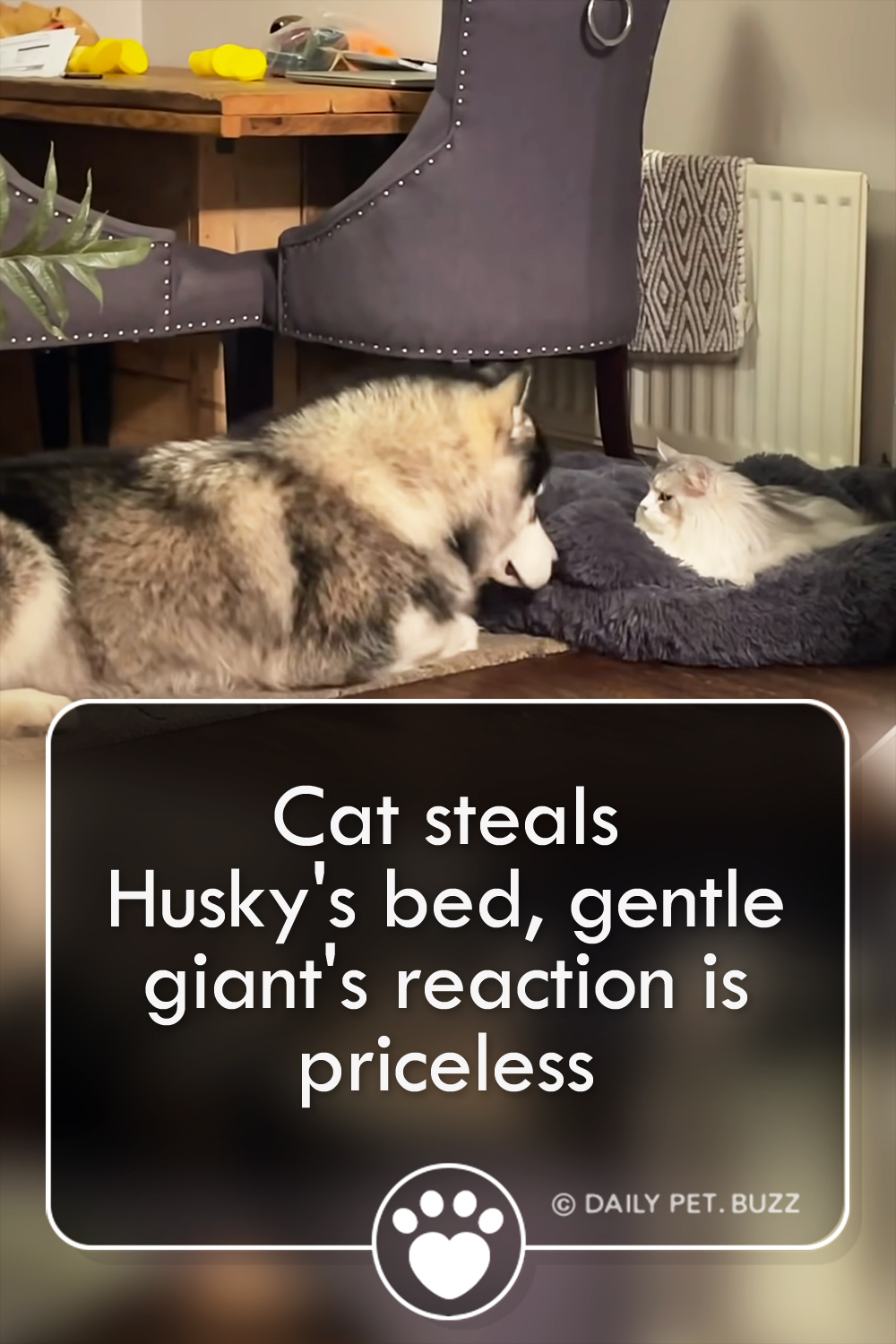