We’ve all been there before. It’s a new day, and you’re excited to play with your best friend. While you may be jumping around and full of energy, for whatever reason your best friend rolls over before groaning in protest.

You softly tell them to wake up, but they don’t respond. You wait a bit, unsure of how to waste your time until they wake up, and then you find yourself pushing them a little bit. But as hard as you try to wake them up, they just lay there. Do you pinch them? Do you pour ice water on them? Would they be mad about that?

It seems like the adorable kitty in this hilarious video is going through the exact same scenario. She just wants to play with her best friend, but he is having none of it! She starts off softly rubbing her head against his. But when that doesn’t seem to work, she starts pawing at his neck. She eventually rolls over before pushing up against his side.

It seems that no matter what this poor kitty does, she ends up with no reaction from her doggy friend. No matter how much she tries to annoy him into waking up, he just keeps on sleeping! Finally, she seems to accept this fact, closes her eyes, and takes a cat-nap herself. Let’s hope the dog doesn’t wake up soon and try to wake her up! 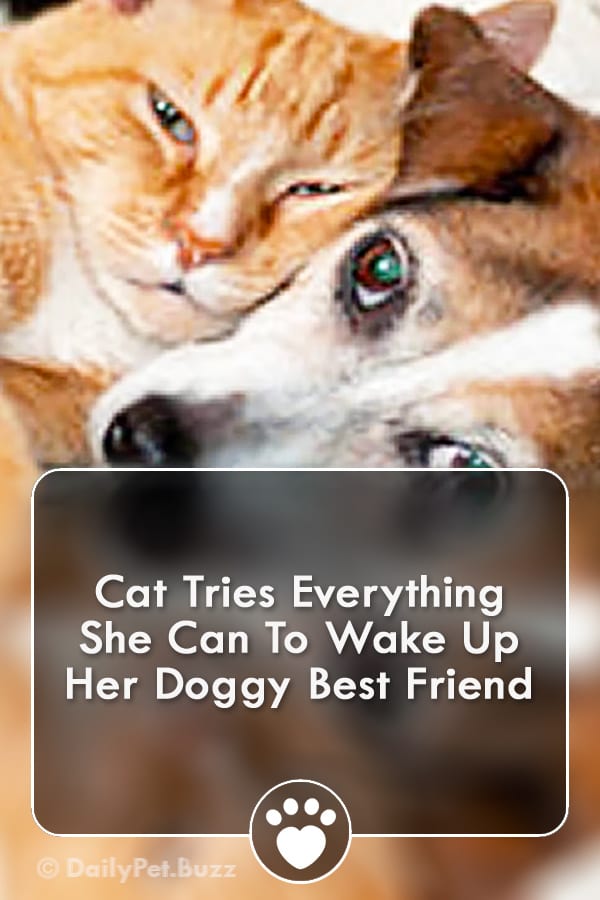