Some of the best interactions I’ve ever had with people is when I was walking my dog. I always found myself stopped, since she was a miniature schnauzer and people loved to pet her. There’s just something about the shared camaraderie of owning a dog. People can commiserate about how much of a pain they can be or they can offer tips to each other. Take this video that stars a pooch we’ve seen before.

We see a Rottweiler named Brutus Maximus. He’s a service dog and he’s walking around a chain pet store with three pugs in tow. First, he and his daddy encounter some huskie puppies. They are so cute and rambunctious. Then they meet a bulldog, who is a big ol’ crank, and then finally, they come across a Rottweiler puppy who is ridiculously cute – and shy. They work together to bring the pup out of his sheck.

Brutus Maximus is very calm the whole time. Well, he has to be, since he’s a service animal. He doesn’t let the bulldog barking at him rattle him at all and he is so still and quiet with the Rottweiler puppy, knowing that he’s very shy and timid. At the end of the video, he’s even lying on the floor of the pet store, showing the puppy that he is no threat at ALL. Though the puppy probably knows that the giant could eat him even lying on the floor.

We’ve seen this dog and his three pug friends before ” I recently wrote about his meeting a six-month-old baby and his reaction. He seems like such a cool dog. I would definitely be petting him if I met him. A lot of people are scared of these dogs, without reason. Sure, they can be mean and vicious – if they are treated badly. Otherwise, if you show them love and affection, they are the sweetest dogs ever.

I think Brutus Maximus videos are the best. Don’t you? Tell us all your thoughts in the comments section below! 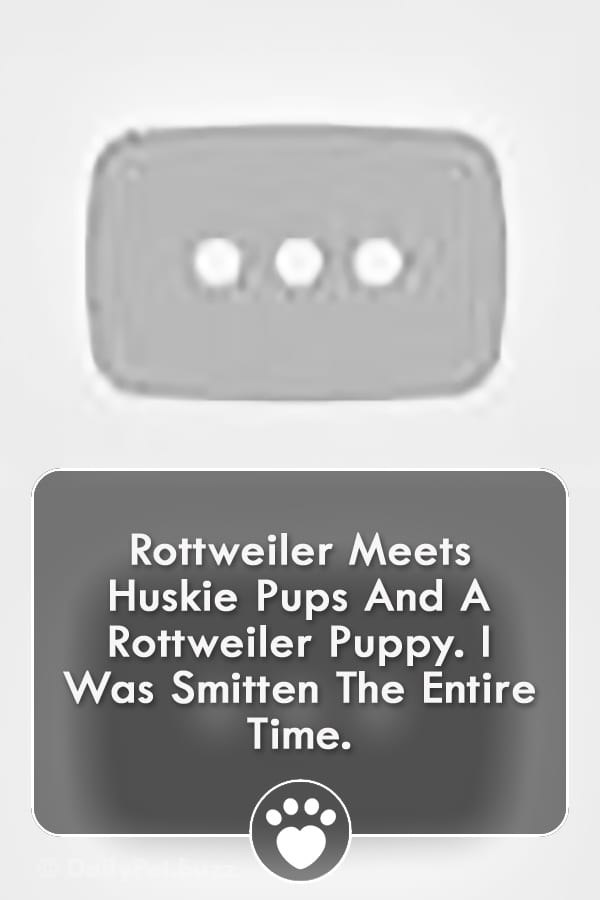