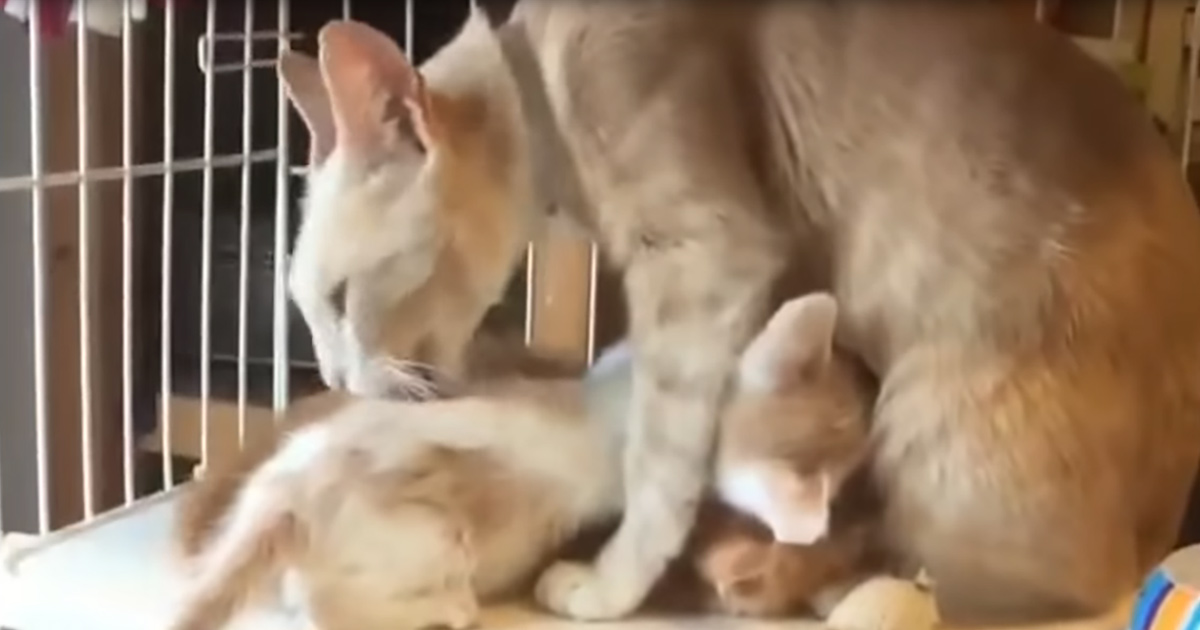 Saving One Life feline rescue was overwhelmed during kitten season, but when they saw photos of four kittens in need that had been found in a garbage bag, they pooled their volunteer resources and stepped up to help. The kittens were dehydrated, thin, hungry, and needed a veterinary visit. Volunteers took them in and began the arduous task of caring for four kittens, two of whom were undernourished and in need of supplements every few hours of the day and night.

Spirit, Love, Hope, and Faith, as the kittens became named, began to rebound, but nothing could fully replace the comprehensive care and education provided by their feline mother. Rescuers made repeated visits to the place where the kittens had been found, in hopes of locating the mama cat. On one such visit, they got a tip that the feline mother and her remaining kittens had been picked up by the county.

The rescue called the county shelter to verify and learned that the mother was there, and one kitten remained alive out of the three picked up by animal control. The rescue hurried to retrieve the mama cat, who they named Destiny, and her little son, Miracle, to prepare for the joyful reunion to come.

When Destiny and Miracle entered the room where the rest of the family waited, the four kittens caught their scent right away and were visibly excited at the prospect of seeing their mom and brother again. As if there had been no separation at all, the four kittens began suckling from their mama and she resumed her maternal duties. It was clear they had all missed each other. The feline family was reunited and content. 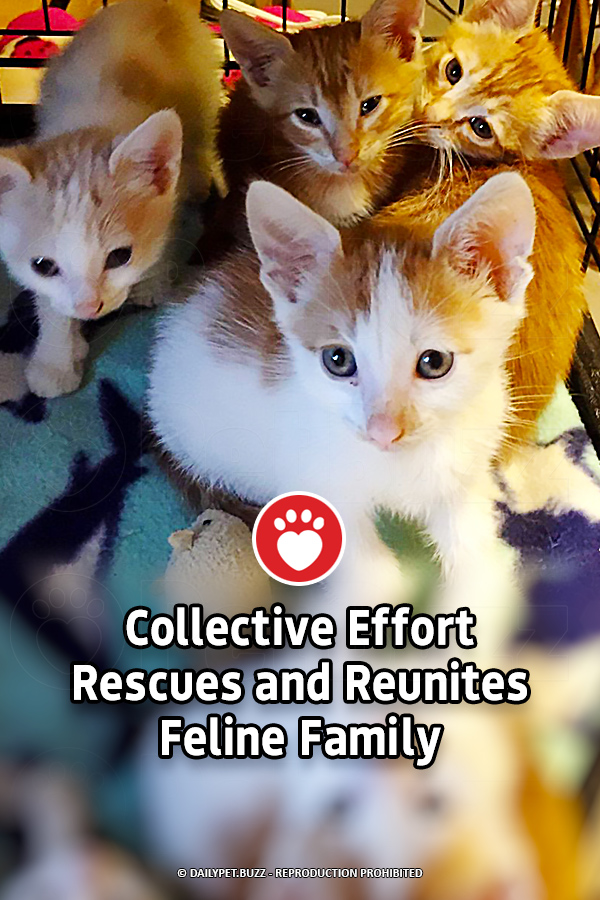