Last year, a dog trainer named Victoria Stilwell became a hero when she led the operation that managed to bust a massive puppy mill. The cruel facility had been working since the 80’s, and thanks to Victoria, their horrible acts were able to be put to an end. After all was done, 526 puppies had been rescued from the awful conditions of the puppy mill.  But that is a lot of puppies and dogs, so what to do with all of them? Shelters are often overcrowded, so how were they going to find enough people to help care for and rehome these dogs?

It was an unbelievable amount of dogs, but all of them deserved an opportunity to be adopted and cared for in a proper and dignified way. So they took them to a big animal shelter where they would hopefully become adopted and brought to a forever home one day. The best part was, the monsters who were managing the puppy mill were caught and sentenced to 25 years in jail. That will show them what it’s like to be behind bars and how these dogs felt being held captive against their will.

But there was still the problem of what to do to get all of these dogs in a proper home rather than in a shelter. Thanks to a huge community effort, an adoption day special event was organized to help all of the puppies get a home. The people responded brilliantly, and thanks to all of their help, every single pup got a forever home. What’s best is that one year later, they all gathered once again to celebrate their collaboration and their new, happier homes.

You can witness all of this adorable rescue and turnaround in the video above. 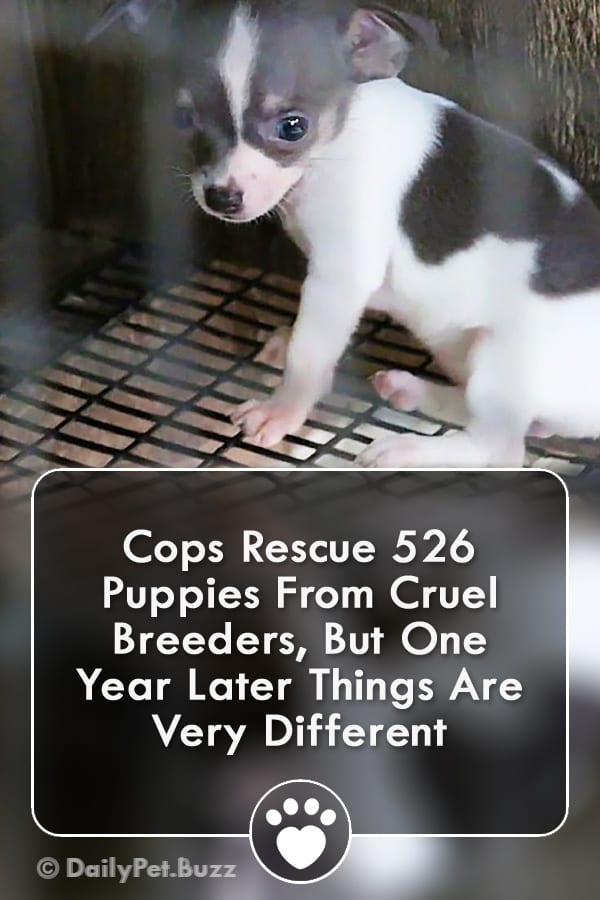