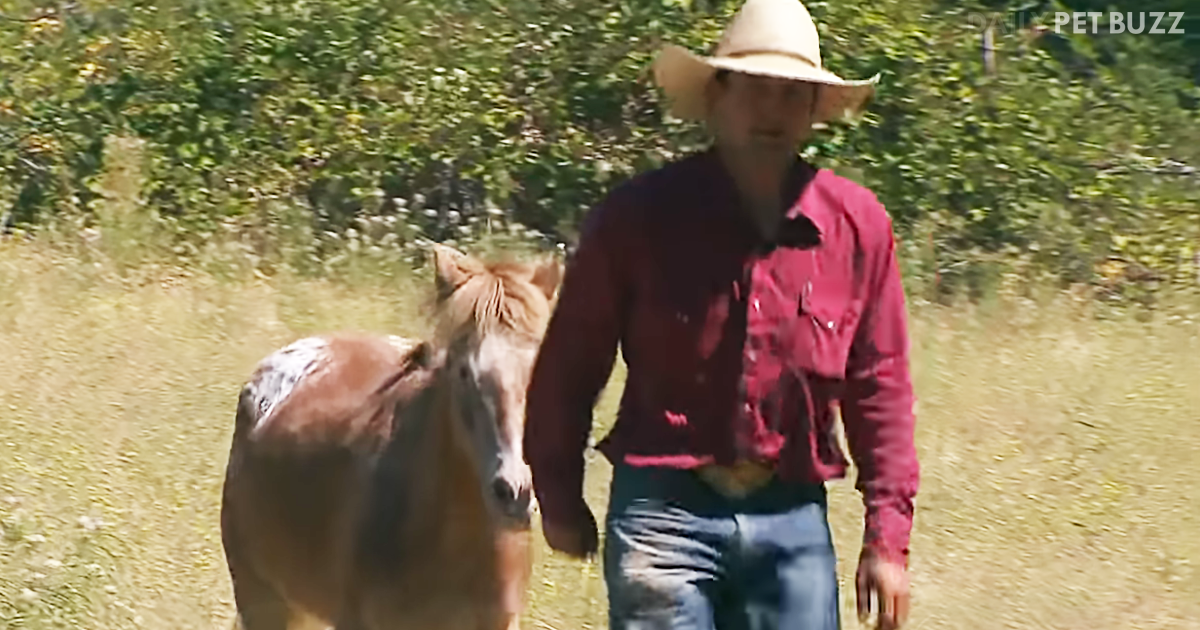 Not all heroes wear a cape is what they say. When someone says ‘hero,’ we kind of have a stereotype in our minds. Firemen are heroes. They put their lives at risk every day, and they save lives. They can do many things that most of us would not even think of, like going into a burning house and rescue a family. Blazing temperatures do not deter them. They go in, come out, and do the job.

Soldiers in service are also heroes. They make the ultimate sacrifice so we can continue to have freedom. Some of them give their lives to save a fellow soldier or civilians. They help anyone in need, American or not. Some of us have the honor of having a serviceman or woman in our families. When we do, it fills our hearts with immense pride.

So, when we think of heroes, a cowboy doesn’t really come to mind, right? Well, for one woman in Oregon, they do. Meet Robert Borba. He is a real cowboy from Oregon. One day, he happened to get on his horse and go to the nearest Wal-Mart to buy some dog food. For him, this was an ordinary errand that he needed to run. So, lasso in hand, he made way to get his supplies.

Suddenly, he hears something that gets his attention. There’s a woman screaming in the parking lot. He gets closer to see what’s going on and sees a thief on a bicycle riding past him. The woman asks for help and tells him that the thief has just stolen her bicycle. Robert does not see any police near, so he does the only right thing he can think of. Robert goes chasing the thief.

With a few swings of his rope, he manages to lasso the thief’s ankle. Just as he would do to a steer, he catches him. Then, he calls 911. The dispatcher answers the call. She asks for the nature of the emergency. She seems baffled at his response. ‘We got a guy who just stole a bike here at Wal-Mart. I got him roped and tied to a tree.’ The operator asks ‘What?’

Robert answers once again, ‘I got him roped from a horse, and he’s tied to a tree.’ Officer Chris Adams was sent to the emergency. When he arrived at the scene, he couldn’t believe his eyes. When he looked at the scene, there was a rope connected to the thief’s ankle. The thief was holding on to a tree. Robert even joked with the officer about it. This video below must be seen to be believed.