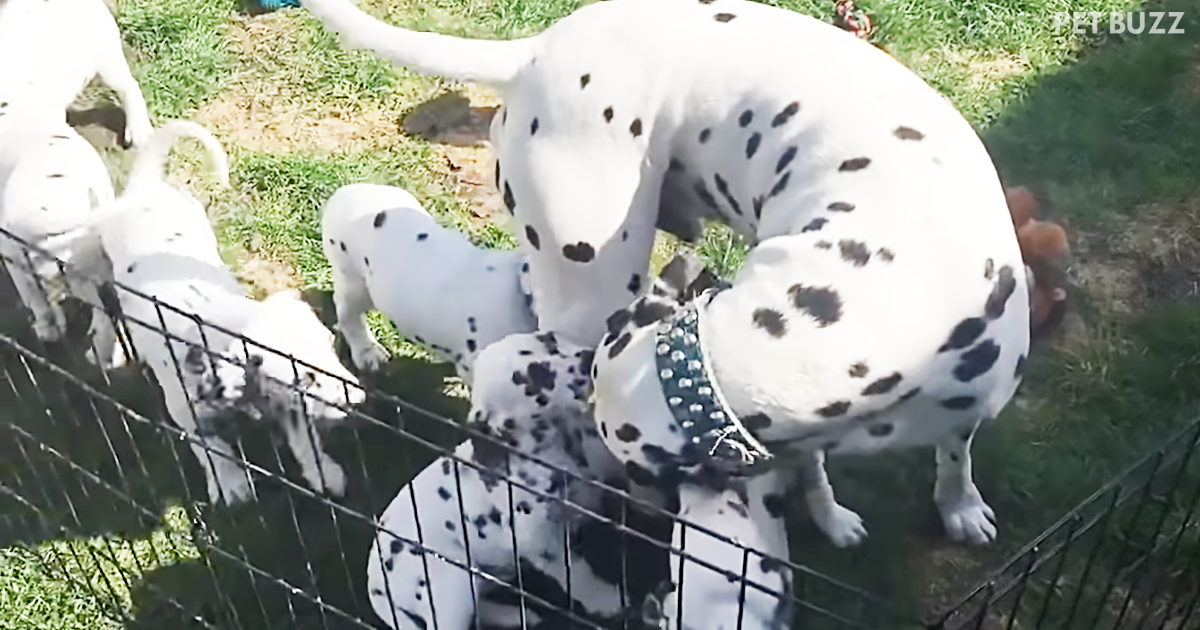 It’s great to see dads spend time with their kids. I see more and more dads walking around with strollers or just walking with their young kids. It used to be that predominately mothers spent their time with the little ones while the dads worked. That is becoming more and more balanced, and that’s a good thing.

Here we see that shifting over to the animal kingdom too, with dogs being the example here. The video opens with a male Dalmatian walking around an outdoor pen where his litter of pups is playing. He decides that he’s going to be one of those proactive dads who spends a lot of time with his kids.

Maybe he didn’t have that with his father – it’s not like this is an episode of Dr. Phil, where he gets reamed out for wanting just to stay home and drink out of a water bowl. So, he jumps into the pen and starts playing with them. He’s having a great time with them, bounding around with a toy – but then he seems to notice that something’s a bit – off.

All the puppies are crowding around his hindquarters – they seem to think that a certain appendage is something that they can feed off of. It made me uncomfortable even just to watch it. He seems like a good sport, though, casually moving over a bit each time.

Finally, he grabs a toy and jumps back out of the pen, where he and the mommy start playing a tug-of-war with it. He’s probably growling at her in doggie language like, ‘You need to go in there! They are hungry, and you have all those teats hanging out. They thought my willie was a teat. It hurt.’ And the mommy’s probably saying, ‘Now you know what I go through! I’m going to rest here for a while longer.’ This doting dad might want to wait for playtime until after mealtime, though, don’t you think? 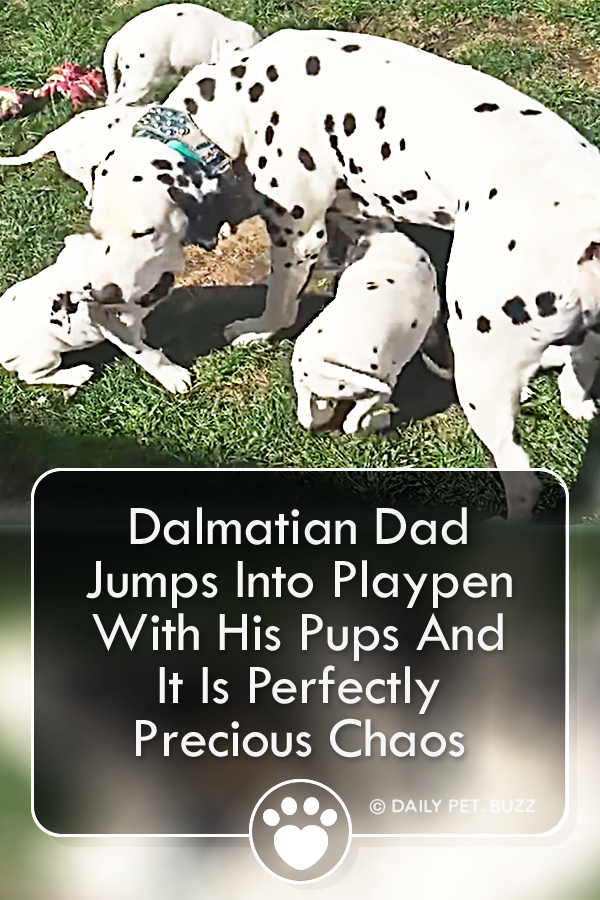