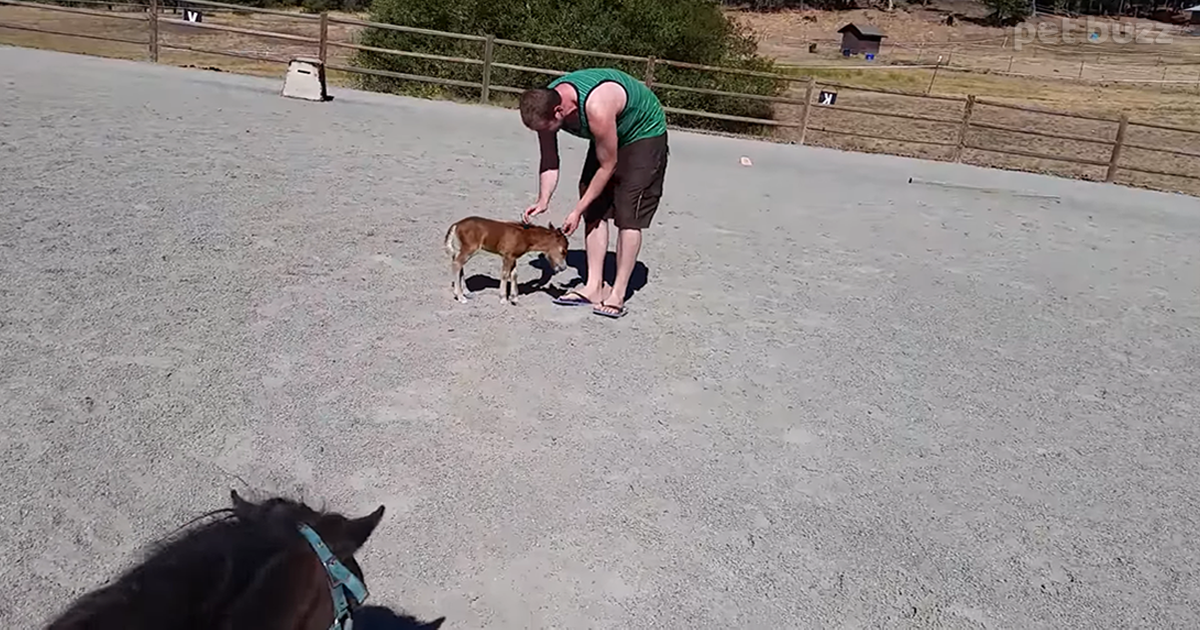 Without a doubt, horses are some of the most majestic animals ever to set foot on this earth. They’ve impressed us with their strength, intelligence, and determination for millennia. But did you know that they can be some of the cutest, furry little friends ever? Just watch the mini horse that is featured in the video below!

In this clip, you will see a newborn miniature horse, who at the time of the recording was only three days old. He’s already full of enthusiasm and energy and wants to follow his human everywhere. He’s definitely a charmer.

His caretaker, Sterling, can be seen guiding the little horse to a large arena that the horses use for running and playing around. When Sterling started jogging, the tiny horse immediately started following him, hilariously shadowing Sterling. Just like a puppy, the new foal is being playful and responsive to everything that he sees and touches.

This is definitely one of the cutest horses I’ve seen on video, and when you see him for yourself, you’ll fall in love with him in an instant. 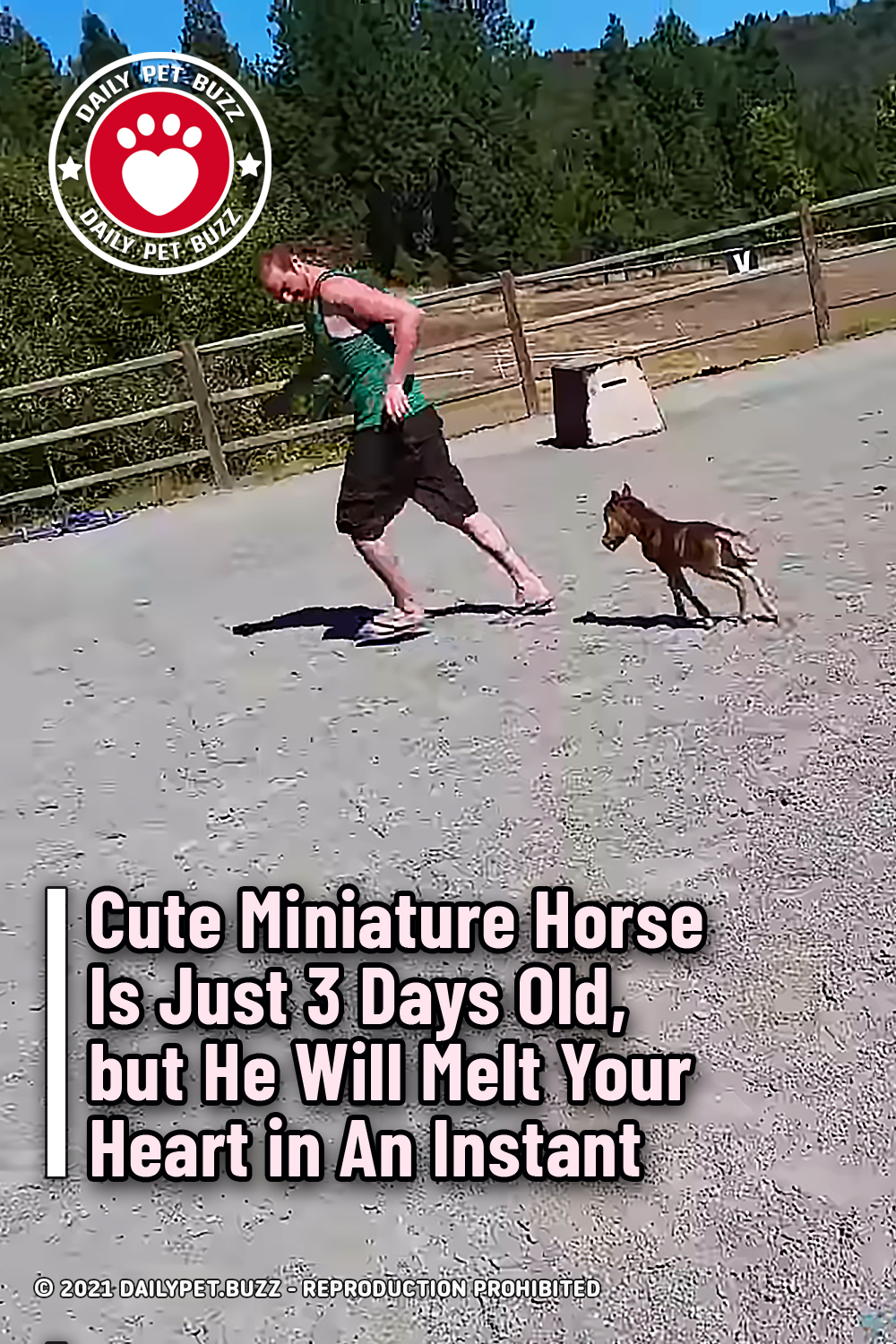