Dogs love playing with toys. Having something to chew on, to throw around, or to cuddly with can be very delightful for your pets. And when the toy in question is a stuffed animal? It’s even better, because he can do all of those with them! This is the case for the doggy in the video featured below. His name is Maymo, and his parents brought home something for him that could’ve either scared him or made him really happy: a stuffed gorilla!

As expected, the dog didn’t quite recognize him at first. He was confused because he couldn’t tell if it was an actual animal or not. At first, it looks like Maymo is going to attack, but only seconds later he does something that proves he got a real heart of gold! His dad said that he’s now in love with his new stuffed friend, and they take walks together, go to the park, and even play board games! Stuffed Gorilla is here to stay, folks. What a lovely friendship!

Watch the video above. Aren’t they both just adorable? I never saw a dog be like that with a toy before! Tell us what you thought in the comments, and don’t forget to share the video if you liked it! 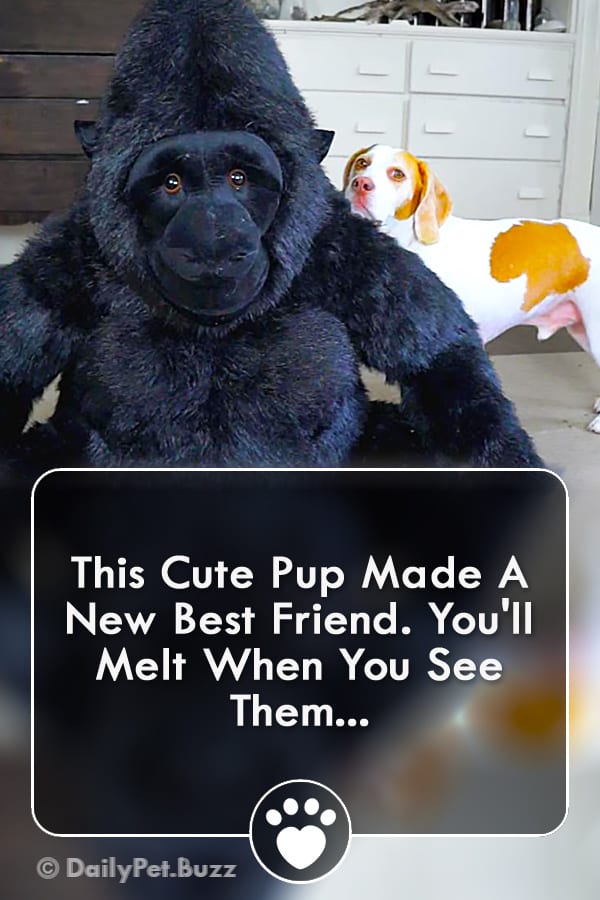