It’s the rite of passage that almost no teen boy looks forward to. Introducing his new girlfriend to his parents. As cool and hip that those parents may think they are ” hey, they were THE party people in high school and college ” they are going to embarrass the living daylights out of their son. It’s not that they are going to ask any particularly mean-spirited questions – it’s going to be the fact that they are in the same solar system as their son that’s so mortifying. This scenario appears to be occurring with this dog and his daddy in this video.

We see Mulder, the male dog standing next to a female dog. The daddy keeps asking, ‘Who’s your girlfriend?’ The male then puts his paw around the other dog’s neck. It’s cute the first time that he asks the question. By the fourth time, the girl dog honestly looks like she would rather be in another country at that moment. The expression in her eyes seems to say, ‘He’s asking Mulder this AGAIN? Doesn’t he have anything better to do than this? Why can’t he sit in his chair and watch that box that shows people yelling at each other?’

I hope that Daddy gave treats to both Mulder and the girlfriend for doing this trick over and over. She should probably get more, since she had to keep putting up with this B.S. But as far as parental meetings go, that’s pretty mild. I remember one time when my father came out to meet a girl while wearing a bathrobe. No, my father was not Hugh Hefner ” though I did ask him later if that was who he was emulating.

The song that probably encapsulates my feelings on this is DJ Jazzy Jeff and The Fresh Prince’s ‘Parents Just Don’t Understand.’ For anybody under the age of 18 that’s reading this ” that’s when Will Smith was a rapper. The chorus is the best part: ‘To all you kids across the land/ there’s no need to argue/parent’s just don’t understand.’ I’m sure Mulder would play that later – if he knew how to work a stereo.

While I felt bad for the female dog, I enjoyed the video. How about you? What did you think? Be sure to leave a comment below! 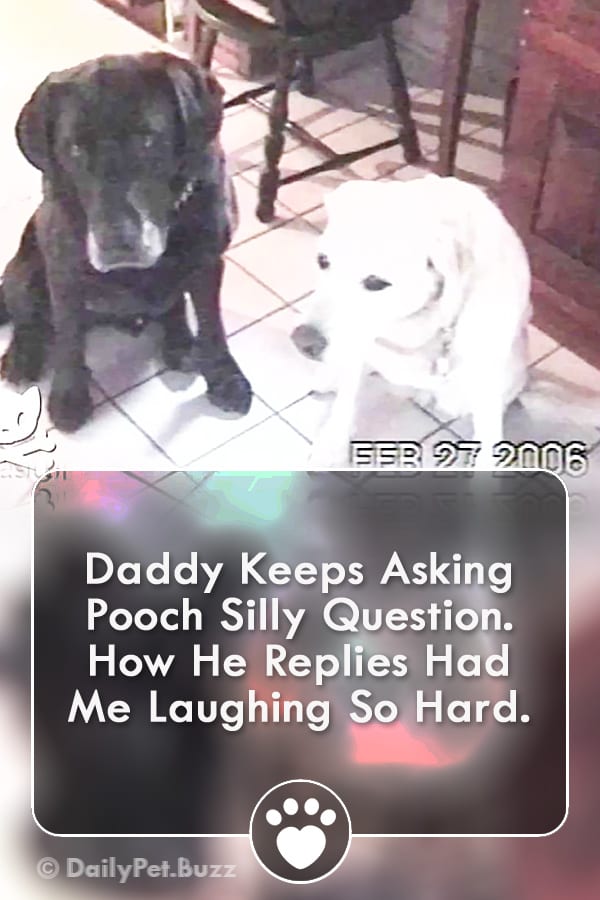