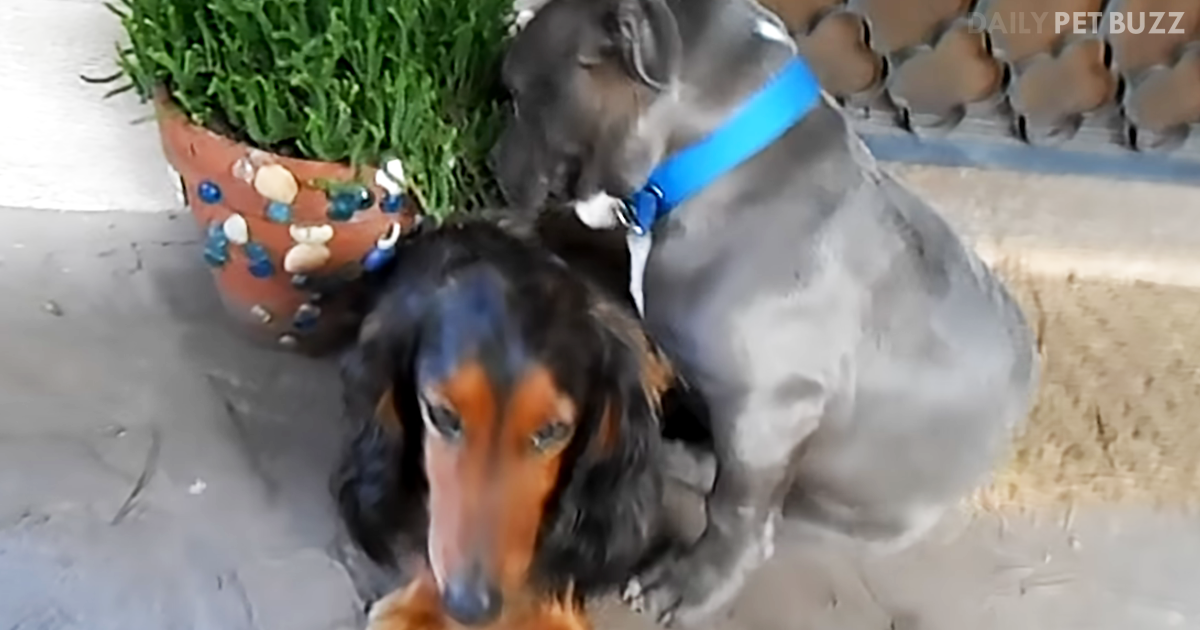 Animals are hilarious when they are being confronted over one of them doing something wrong. I’ve written about videos that featured dogs literally putting their paw on the other to indicate the guilty party, a dog with the evidence right there on his head, and one who makes an extremely weird face. I haven’t had the chance to highlight a video like this one, but it is a really funny video.

We see two dogs sitting on a porch. Their daddy is talking to them in what sounds like Spanish, but there are English subtitles. He wants to know which of them was the culprit that chewed up one of the insoles of his shoes. He starts with a furry-eared dachshund.

The little pooch just stares back at him like, ‘I have no idea what you are talking about – A pit bull, already starting to look a little guilty, sits next to the dachshund. As the ‘interrogation’ continues, the pit bull realizes that he’s going to be the next one questioned, so he slinks behind the dachshund, but he doesn’t seem quite to grasp that he’s much larger than the other dog and is quite visible.

The daddy shows him the torn shoe insole, and he just keeps looking away as he’s being questioned. This isn’t a screaming thing either. If anything, their daddy is talking in a bemused tone. This pit bull is taking the same approach I would be in college if I wasn’t prepared. Look away like, ‘Don’t call on me. Don’t call on me. I’m not here. I am studying my book, intently. I’m not – shoot.’

I’m sure that after the scolding, the daddy just smiled and gave them both a pat on the head. That pit bull knew that he was guilty of chewing the item and was just being put on the spot. Fortunately, his daddy seems like a cool sort. What a funny guilty-dog video. 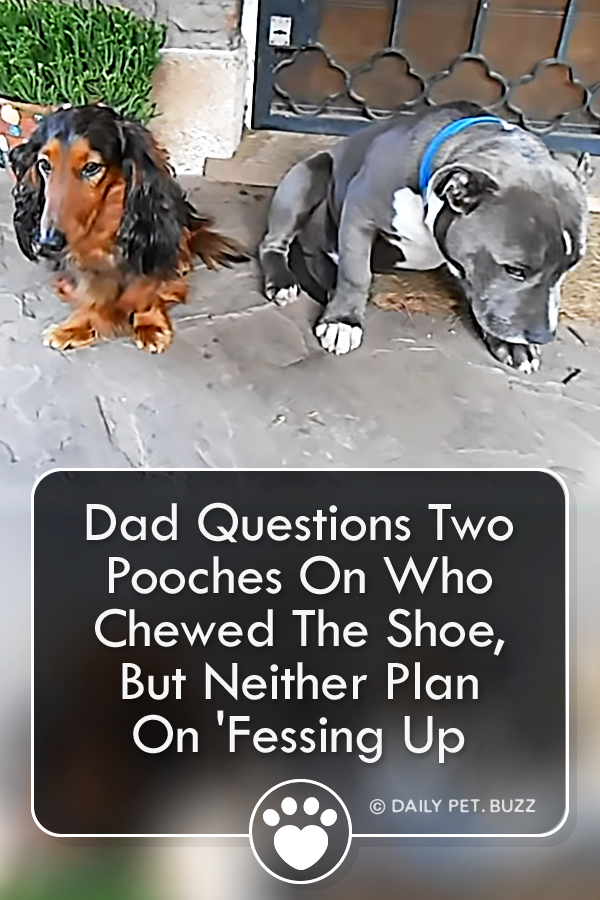