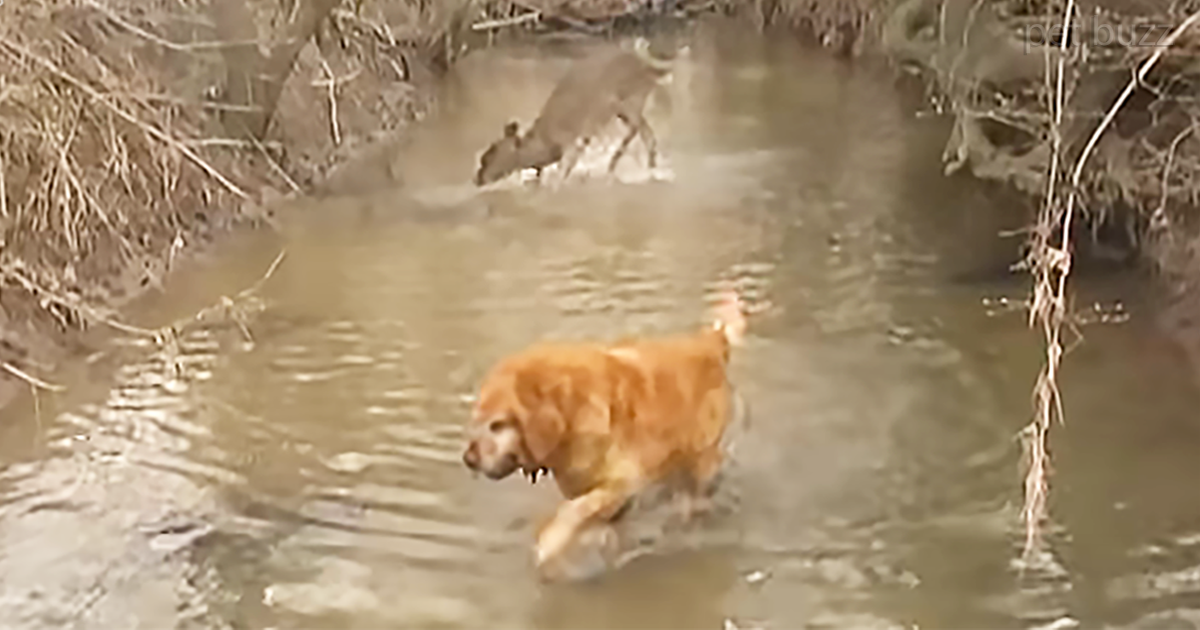 Deer are usually shy types, darting away from any other species that are in the vicinity. They tend to keep to themselves. It’s the nature of most wild animals. There are some exceptions, though, that tends to happen if a newborn fawn is raised around others.

The deer that we see in this video, who has been given the name Daisy by the uploader, looks older and more mature. She’s definitely not a shy one, as you can tell from its boundless energy. The deer is eager to play, bounding around with a lot of energy. The dog, Yukon, on the other hand, is more intent on walking through the stream, looking for things. It’s not that he doesn’t like the deer, he’s just got more important stuff on his mind today.

The funny thing about all this is that Yukon is calmly sticking his nose underwater, looking for rocks to add to his collection. If he could talk, he’d be like, “Yeah. Yeah. Cool, you’re a frisky one today. If you don’t mind, though, this rock collection ain’t gonna build itself. Thanks.”

Daisy, the deer, is eager to play with her friend Yukon, but he is well passed disinterested. These two darlings apparently made friends when Yukon and his dad go on walks, and they usually run and play together for a short while. Today, Yukon couldn’t be bothered, though, and was much more focussed on his rock collection instead.

There are other videos of them for viewing as well; those tend to show them interacting a little more than what Yukon was interested in on this day. Which did you think was cuter? The deer or the dog? It was hard for me to decide. 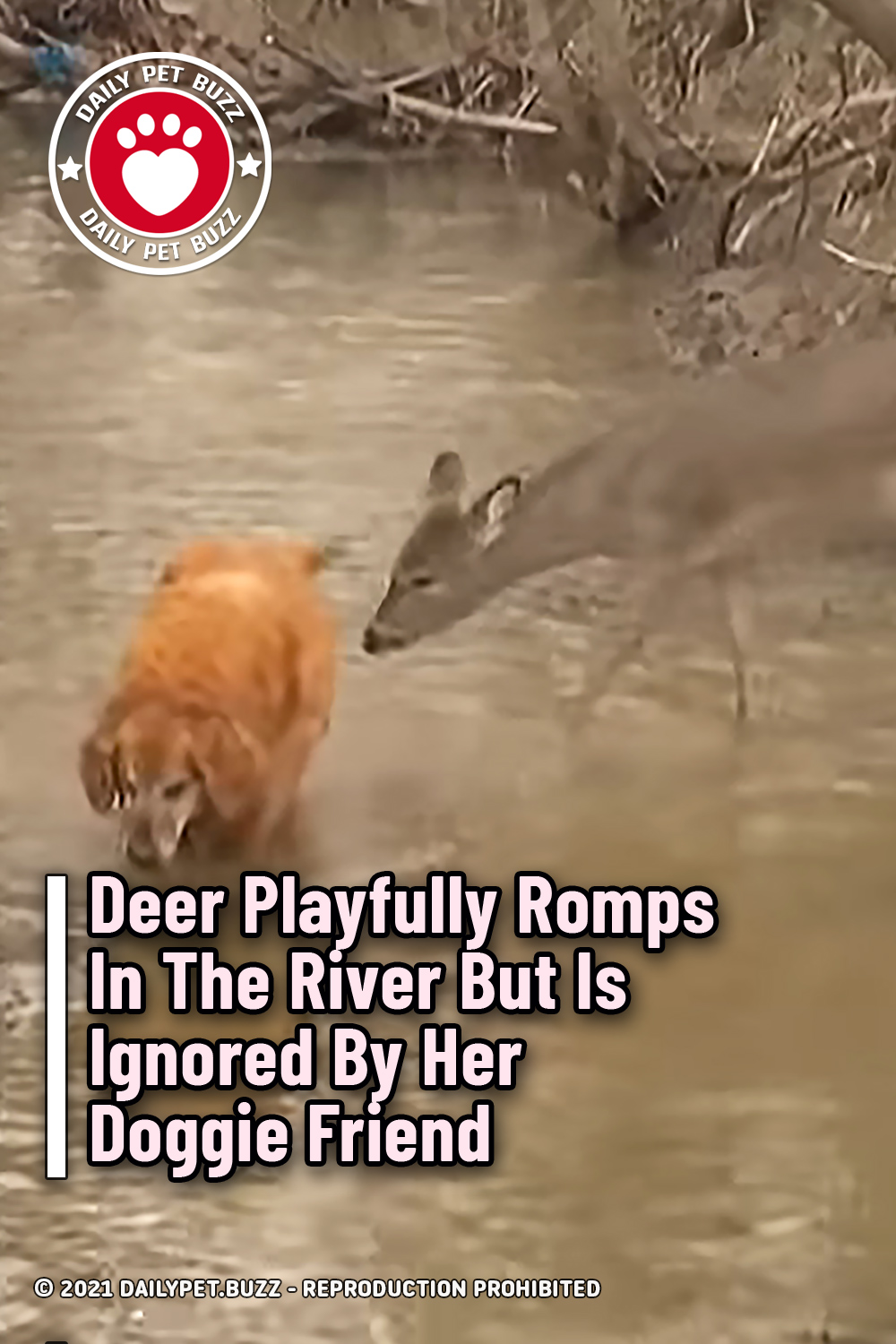