Veteran and Lowe’s Hardware Clay Luthy Air Force vet had been struggling to get a job because he needs his service dog and nobody would hire him. He looked for work everywhere, but no companies were willing to take on him — and a dog, to boot.

He was about to lose hope until he heard that Lowe’s Hardware store might be different, and he was right. We are so happy to report that Lowe’s has hired them both!

A Lowe’s spokeswoman said Luthy was not available for an interview Wednesday but said that hiring him, along with Charlotte, was simply a matter of accommodating a qualified employee.

“We were interviewing people for his position, and he was one of the applicants,” Jay Fellers, a Lowe’s human resources managers, told KRBC News. “And so he showed up for the interview and he had Charlotte with him.”

“I can’t stand sitting at home,” Luthy told a local TV station. He noted that he had multiple deployments with the Air Force — once to Uzbekistan and twice to Qatar — and had to have multiple knee surgeries. “Instead of medications, I have Charlotte. . . . They schedule me in an area at least for a few hours where Charlotte can get a good break.”

Imagine returning from serving your country in a far more damaged state than when you left. You weren’t even injured physically yet you suffer some of the worst psychological torment in the form of Post-Traumatic Stress Disorder (PTSD), and you’re expected to find a job.

Some particularly crass people might even tell you to merely suck it up, since it’s “all in your head.” Things are a mess. Is this your reward for putting your life on the line?

Then you get a lifeline of sorts – a puppy who turns into a service dog. You name her Charlotte and she’s invaluable in helping to pinpoint when you might have a PTSD-related episode.

But things are still tough on the employment front. Companies want to hire you, but they frown on Charlotte being on the premises. Then a manager in the Abilene, Texas, branch of Lowe’s found out about you and thought you… and Charlotte.. perfect to work there.

That’s what this video which tells the story of Clay Luthy Air Force vet, shows. They tell the story of accepting the whole package of a person and what it takes to make them a whole human being.

So, we’re left with a situation where a person is given a chance despite long odds, and that should make everyone involved very proud of themselves. Perhaps this will open the door for similar situations at other stores. Given that we live in a very polarizing climate now, doing things like this can only lead to heartwarming stories like this.

I’ve got tell you – as one who truly appreciates what military vets did for us, I got a little misty-eyed when I saw these. Watch the videos and tell us how they made you feel. We want to hear from you! 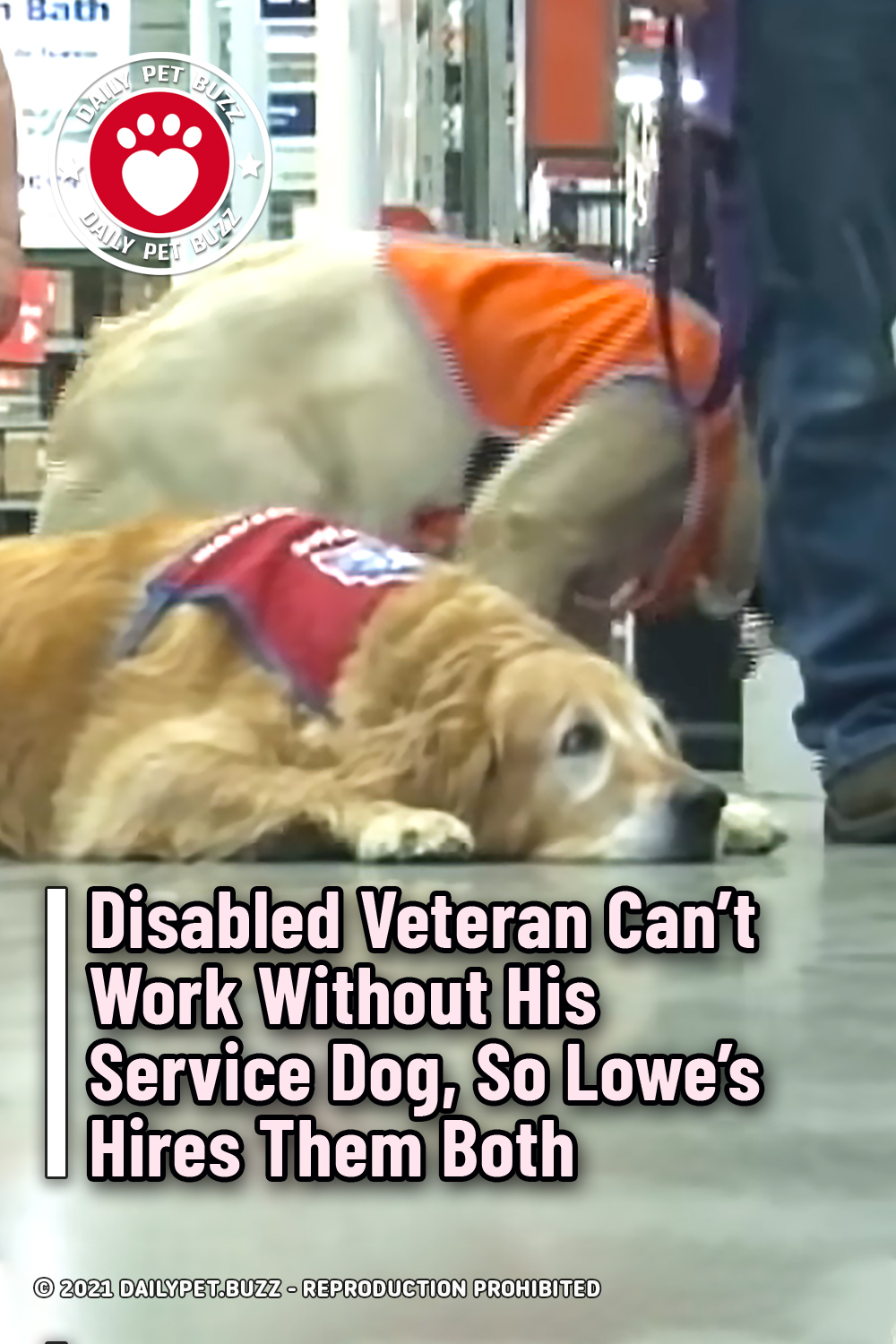