Sometimes, when cats and dog live together, they can create the most adorable moments. Sure, they can get along just fine, unlike what stereotypes have said before, but that doesn’t mean everything is strictly smooth sailing. There are times where cats just want to be by themselves, and to add to that, they can be very stingy with the things they like, even if they don’t belong to them!

The Boston terrier in the video above, whose name is Thai, got a brand new chewing toy all for himself. Or at least that’s what he thought at first, before this cat took over it to play himself. The pet owner who recorded the video bought a chewing toy for the dog, but he never expected that the cat was going to be the one using it!

Thankfully, Thai isn’t too bothered by the cat, and there’s no need for fighting. It’s like watching two little brothers arguing about who gets to play with the toy first. The dog is more excited about getting the toy back from the cat than by actually getting to play with it! You have to see his reaction yourself!

Don’t miss this adorable and funny pet video just below. What do you think? Can cats and dogs get along? Tell us in the comments below! 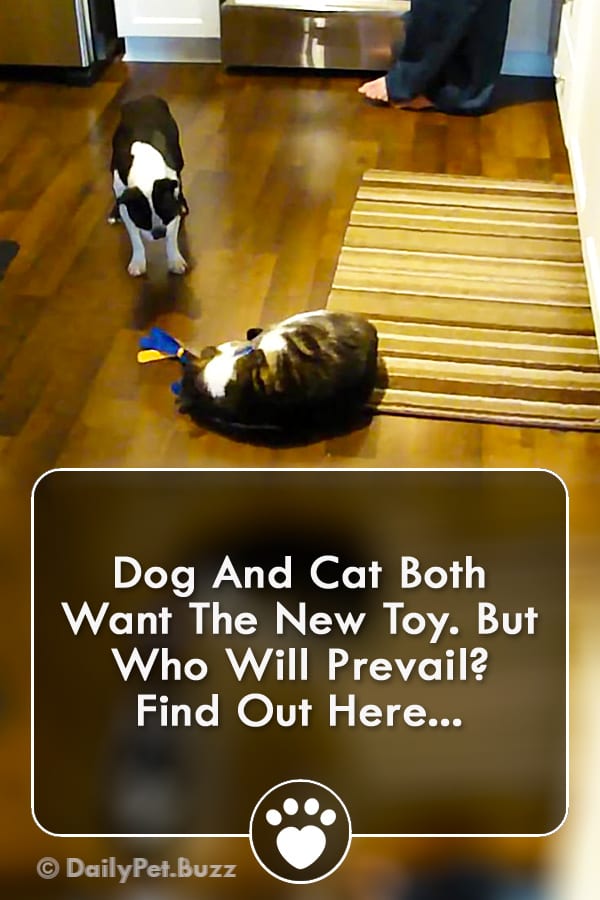