Dogs can be so funny when they are just being themselves. There’s the dozing basset hound, whose body looks like it was designed just to sleep. The same could be said of the bulldog. Then there’s when they are in action. While some dogs can look downright graceful in motion” like a greyhound. But when they are swimming. No dog looks graceful doing a doggie paddle. There are those who even mess that up – like the one in this video.

We see two dogs at a pool. One’s in the water and the other’s right at the edge. Both of them are attuned to the cameraman. The second dog finally jumps in and starts swimming in a style that I wouldn’t exactly call ‘Doggie Paddling.’ I’d call it ‘Doggie Punching’ since that’s basically what he does to the water while making his way over to his buddy. It’s really awkward and yet very endearing.

Who knows what the situation is. Perhaps part of it is that the water is not too terribly deep. Both dogs can touch the bottom of the pool, but instinct tells him to try to swim, regardless. He might have looked better in a deeper pool. But it’s still hilarious because he can’t figure out to just walk instead. Oh well. Logic is sometimes not a dog’s strongest suit. This appears to be one of those days.

All that really matters here is that he’s having fun. He wants to play with the person filming it and he’s going to get there no matter what. The end result is what counts. The same could be said of a lot of things. The form doesn’t necessarily matter. I could write something and start at the third paragraph, but the completed piece is what’s what everyone looks at. People often look at the end result, not the actual journey.

How adorable. Didn’t you think so? Agree? Disagree? Please tell us your thoughts below! 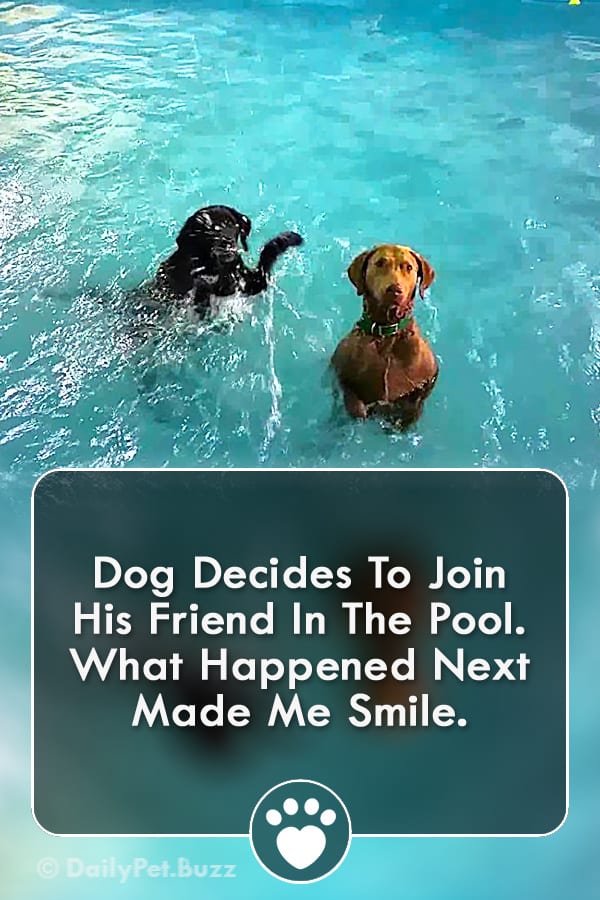