We all know the theory ” dogs and cats just don’t get on. They’re meant to loathe each other. Well, cats loathe dogs, but dogs just want to play! It doesn’t matter if your flag is in the dog or cat camp, in the end, all animals need care ” but unfortunately, there are still those people out there who mistreat and abandon vulnerable creatures. So, it looks like they have to stick together and look after each other!

And that is exactly what happened when Aragon discovered a box of four kittens abandoned on the streets of a town in Greece ” a country that already has a significant problem with stray animals of all kinds. Usually, they’re picked off by predators such as foxes, but this time, all four kittens were alive and huddled together as the big pooch sniffed them out. And Aragon’s mom and owner wasn’t about to leave the poor things there to fend for themselves!

Second Chance Animal Rescue Society (SCARS) is a charity that works tirelessly for the protection of abandoned and mistreated animals, and it just so happened that Aragon was a foster dog himself. Luckily, his mom is a SCARS volunteer, so she took the kittens off the streets and brought them home ” then something remarkable happened.

With no idea where their own mother might be, where or why their previous owner abandoned them ” these four adorable kittens were left questioning everything, alone and frightened in a big world. And that’s where Aragon stepped in to become their doggy foster-dad! This is one pupper with a heart of gold, and you won’t believe the love and care he shows as he dotes on his new charges. But then again ” that’s just what dogs do isn’t it?!

Aragon is seen nuzzling the kittens and protecting them, guiding each of the tiny mites as they explore outside their abandoned box, clearly keeping them safe. He certainly wouldn’t want to see harm come to them ” even though he’s a dog and they are cats!

The kittens had found the perfect shelter while they were being prepared for adoption and the hope that they would find a more loving family. The SCARS do wonderful work in finding these harmless and vulnerable creatures their forever homes ” and it’s awesome they have a dog like Aragon to help, as he knows exactly what it’s like to be given a second chance. 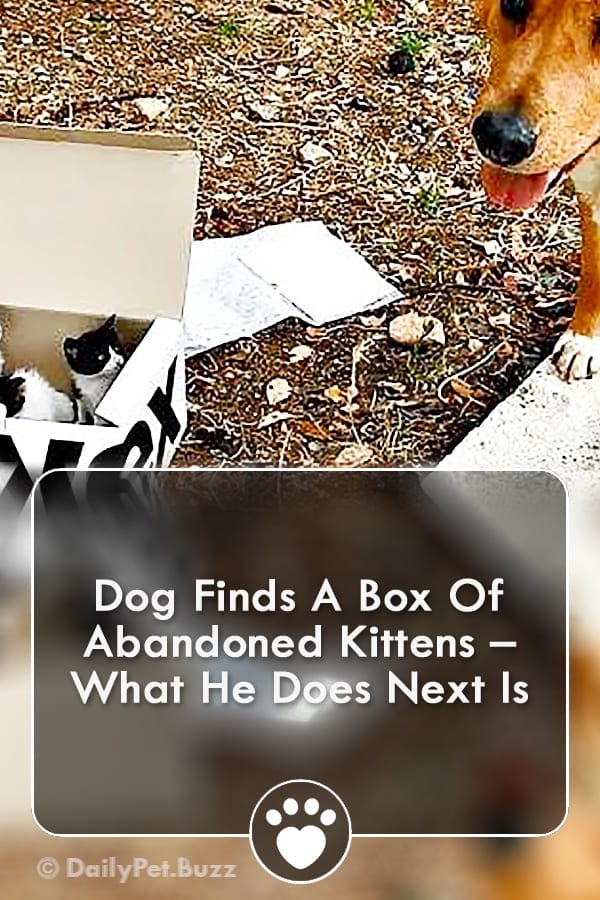