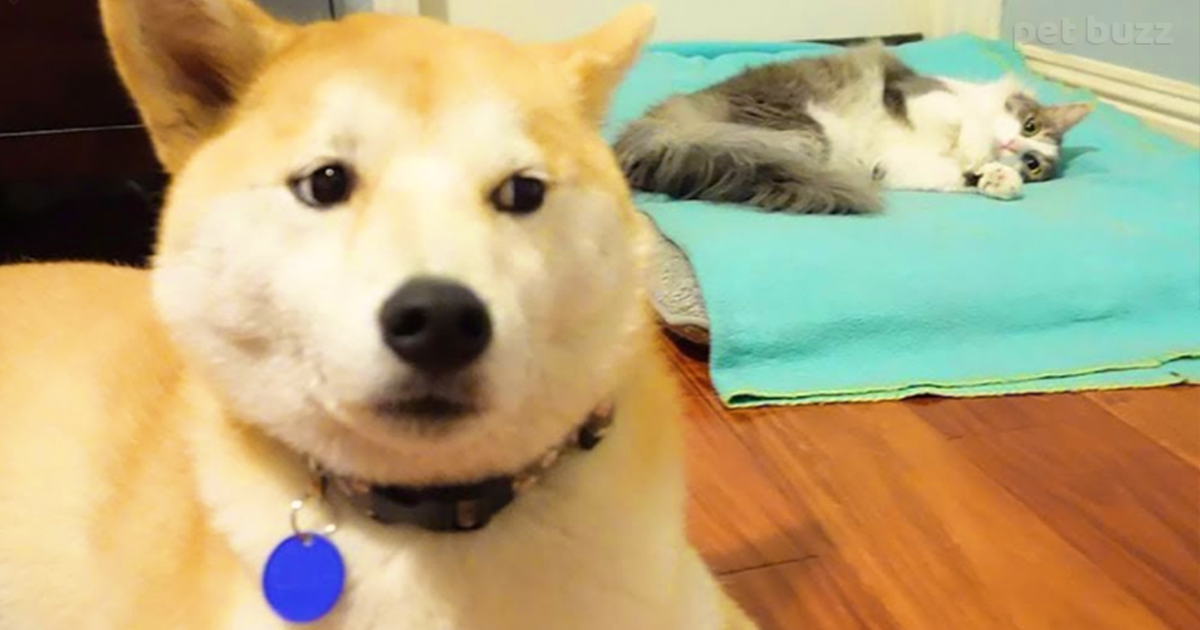 It’s often erroneously thought that cats and dogs don’t get along, but any pet parent with dogs and cats in the house will tell you that’s a myth. Rather than “dogs and cats”, think “brothers and sisters” because there’s definitely a lot of sibling rivalry going on.

Dogs tend to be very active, loyal, and territorial. Cats on the other hand, while they are very affectionate, they are also very demanding.  In the video, we see a number of cats laying claim to beds that clearly belonged to the family dog.

This is very typical behavior for cats. After all, a dog’s bed would be much bigger than their own. They really don’t need all that space. What makes it even funnier is that the cat often has a bed right next to the one they have stolen or “borrowed” rather.

It is hilarious to watch how each dog reacts to their territory being confiscated. Some of the dogs try to drag the bed as far as they can so as to disturb the cat and shake them off. Other dogs try to bark them away.

None of them dared to try to start a fight. If they got too close these crazy cats would definitely let them know who’s boss.  Many of these kind-hearted dogs then resorted to sharing their beds with their cat siblings.

After many failed attempts to oust the cat fiends, some of the dogs ended up sleeping on the ground. One ingenious little pup refused to give up and buried himself under the lining of the bed and used the lining as a sort of partition between him and the cat. By this point, you should have already been laughing to the point of tears! It’s a hard not life for some of these dogs.