Not all dogs are lucky to have houses to live in. There are parts of the world where they roam the streets, looking for shelter wherever they can find it at the moment. It’s a very hardscrabble way to live. Some barely get by, and others find themselves in a situation where they need help from others. This video shows one such example and while it’s heartwarming, it needs a truly happy ending.

We see rescue people go into a trash yard in Athens, Greece, where they find a dog named Oliver. He’s been eating food left by a kindhearted stranger. His fur is nearly all gone and he’s sleeping off being sedated. After a few attempts, they get a leash around his head and take him to the shelter. After that, we see a montage of update pictures. His fur grows back and he starts gaining weight and becoming very active and friendly.

Oliver, who has gained a lot of weight, perhaps a bit too much, is still living at the shelter. While the woman who runs it is smitten with him, she also wants to get him a forever home. It’s been over three years and there have been no adoptees for him. Part of the problem is that Greece has been in an economic crisis for a while and a dog might be too expensive for many people. They haven’t lost hope, though.

One barrier to his getting adopted might be that having him sent to America or another country might not be safe for him. His foster mommy said that he’s still fearful if people move suddenly. Imagine his having to be put in a crate or get on an airplane? He’d have one of the worst panic attacks ever. That wouldn’t be fair to him. Hopefully, someone in Greece will see this and bring him into their homes.

Any Greek people reading this? If you are, would you consider bringing Oliver into your life? Let us know in the comments! Also, please ‘Like’ us on Pinterest. 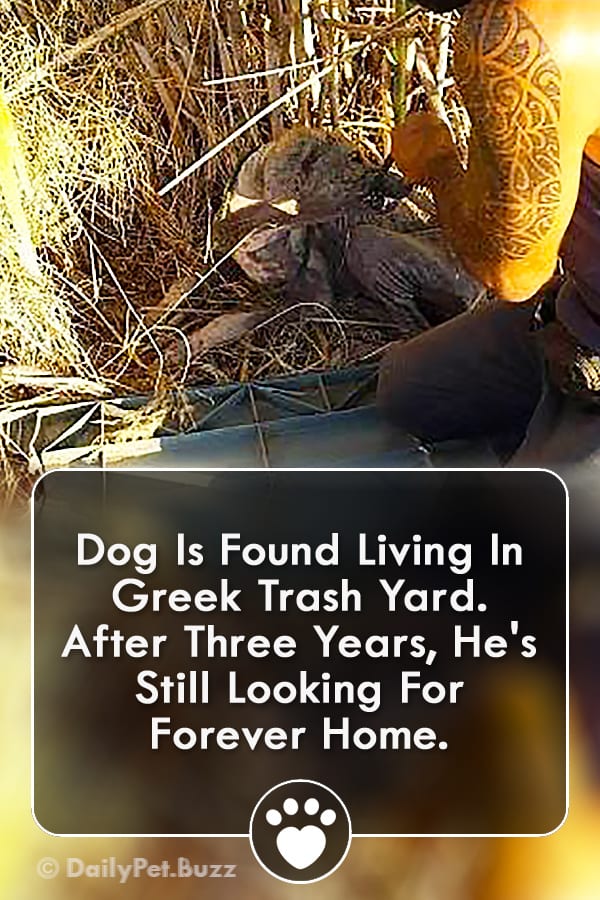