Ah. Static electricity. It can be quite annoying when it’s cold out and you’re walking around your place in your socks – on a large rug. You have to open the door for something and – AH! Shock! Usually in those situations I’m smart and touch the door with the back of my hand. Not as bad then. Other times, though, it can be an excellent way to prank someone. Especially if they have a lot of hair at the time – like what we see in this video.

The victim of this prank is one of two dogs sitting in a lounge chair. She’s chilling out, probably contemplating her next meal, when her sister suddenly throws a blanket over her which then makes the other dog scoot quickly off the sofa. She rubs her fiercely for a few second and then backs away, laughing hysterically as almost all the hairs on this pooch’s head rise in unison. After a few more seconds, someone says, ‘she’s losing her charge!’

This makes the sister rub her again, even longer. This time, even MORE hair is sticking up. Every human in the room now is laughing so hard, especially the sister. She looks like she’s a teenager and she might not stop cracking up until she’s in college – minimum. The dog is just standing around in the chair like, ‘What’s going on, guys?’ It’s a good thing that there are no mirrors in the area. She might get startled at the sight of this weird looking ‘new’ dog.

The first image that popped to mind when I saw this dog’s hair-raising appearance was of Albert Einstein, who also had hair that was wild like that. The great thing about this prank is that it doesn’t hurt the dog ” who seems to only be tangentially aware of the change in his appearance anyway. I’m sure that this will be reprised time and time again in the future. It definitely won’t be a shock if it does –

What’s your favorite prank that you’ve played on someone? Tell us all about it in the comments section! Also, feel free to ‘Like’ us on Pinterest. 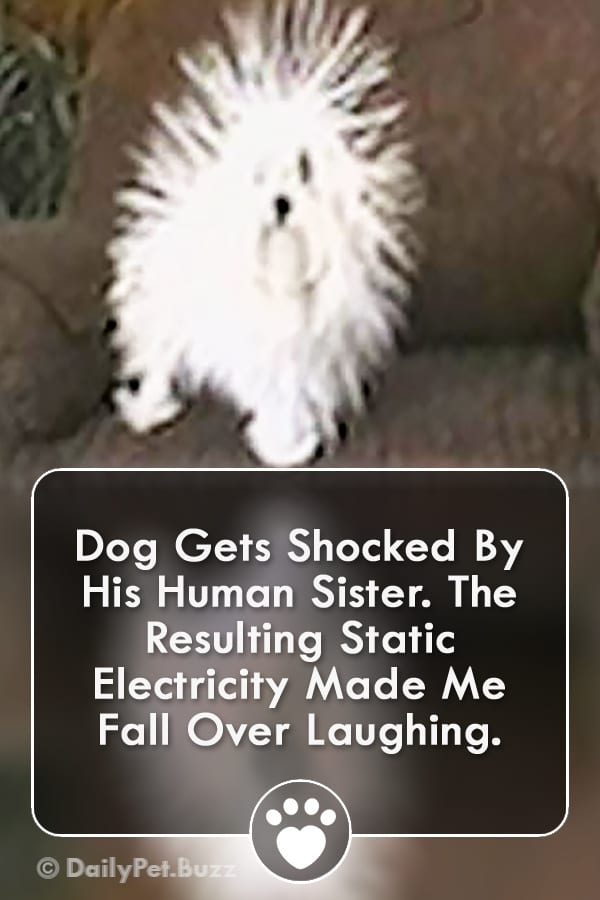