When she was hiking along an isolated mountain trail in Phoenix, Arizona, Annie Davis came across an injured dog collapsed against a rock. She noticed that the pit bull was riddled with bullets. Davis was unsure of what to do, but then the dog raised his head to look at her water bottle. At that moment, this dog lover knew she couldn’t leave him here.

So without delay, Davis rushed over to him to give him a drink and she lifted his 47 lbs. body in her arms and carried him back down the mountain. It took her about an hour. Her family was waiting for her at the bottom of this popular hiking trail, and she had called them to tell them about the pit bull.

She and her family then took the dog to the humane society. After he was operated on by the vets, the dog was named Elijah by the Davis family. They took him in to serve as a foster family. They already had dogs, but Elijah fit in so well and was so sweet, they decided to keep him.

How someone could do this to an animal is unbelievable to me, but this was Elijah’s lucky day when this woman and her family rescued him from certain death. The sun in the Sonoran desert is brutal, even in winter, and this dog didn’t stand a chance until Davis found him.

Watch this story in the video above and let us know how you felt about it in the comments! 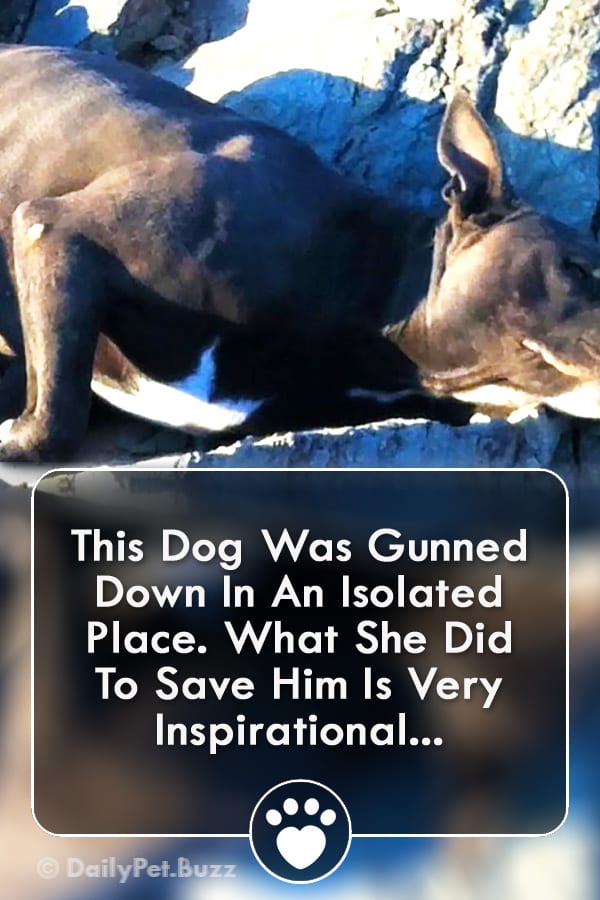