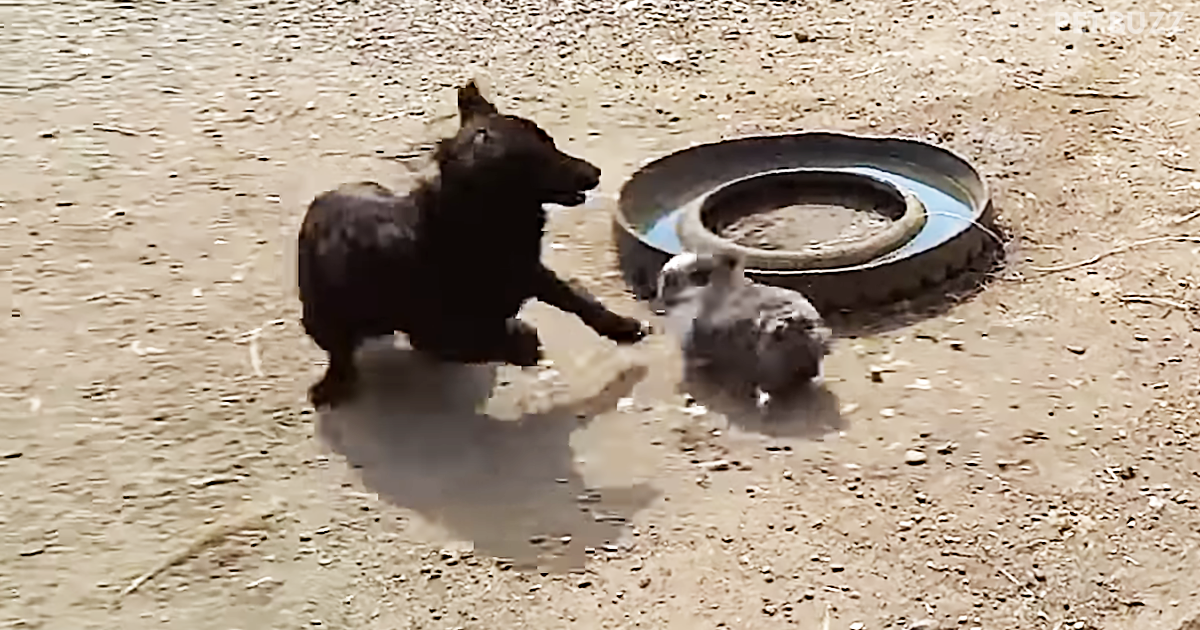 Animals find the strangest playmates. If they don’t have one of their own kind to play with, they will often seek out other animals. It’s all about keeping themselves amused since being bored is no fun for them. The wider the play area for them too, the better, since they can do all kinds of trick moves and be creative with each other.

It’s a good thing the two animals in this video have a big yard for their game. We see a dog named Garry and a very shaggy rabbit named Chad in a backyard. Chad suddenly charges at Garry, who easily evades him. The chase is on. Woo!

It’s like a game of tag football – one is chasing the other around a field. The only difference is that the dog doesn’t have a football or any other teammates to throw to. Both of them are quite fast and can turn on a dime, so this is a very athletic game.

This goes on for quite a while, with both of them scampering around the yard. The dog heads one way, the rabbit another – and then they reverse course. The dog is not scared of the rabbit at all. He’s having fun, and so is the rabbit. The little guy doesn’t have any playmates that are his own species, so he’s improvising here. Both of them like to run a lot, so there’s good exercise in it for both of them.

Of course, the first thing that popped to my mind was from that classic Monty Python movie, ‘Monty Python and the Holy Grail.’ My goodness, has it been over 40 years since that movie was released? I feel old. Anyways, there’s a scene where there’s a killer rabbit that attacks King Arthur and his knights. Yes, it’s absurd as it seems. It’s got to be viewed to see how hilarious it is.

That rabbit chasing this dog around made me think of it. I think I’ll go watch it again, not that I need an excuse to see that movie – Wasn’t that wild to watch? Obviously, the dog is having fun and knows he’s in no danger. 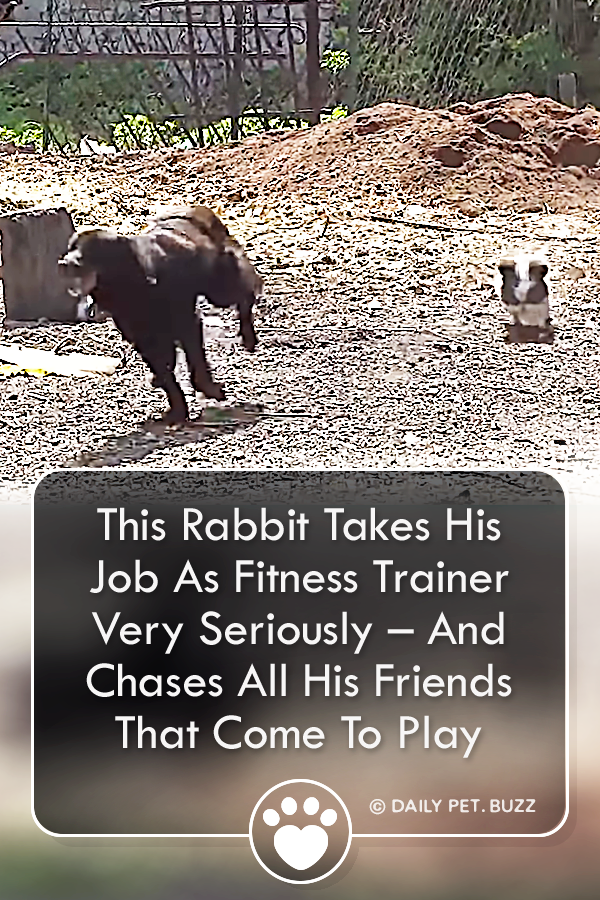