Police officers in Columbia got a call about a dog caught in a flash flood and they were very quick to respond even though conditions were extremely treacherous. The dog was trapped in the rising flood waters and clearly panicking, and if the officers had arrived even a minute later, it’s possible the dog would have been swept away. It looks like the dog was well aware of what could have happened to him. Columbian police posted the nerve-wracking video above and you will likely be shocked by what happens.

A swollen river was flowing fast and the currents were intense, which is what made it difficult for the dog to escape the flood waters. It seemed a rescue mission would also be a suicide mission for the officers, but their persistence and determination really paid off. The Columbian police knew it was a dangerous and risky attempt, but they couldn’t leave that dog in the water without at least attempting to rescue him. The dog seemed very grateful for his brave rescuers.

It took a few minutes, maybe not as long as you would think, and finally one officer was able to grab the dog and pull him out of the water and they immediately gave him CPR. The poor pup almost drowned but thanks to the courageous efforts of the police, he was saved. Two thumbs up to the Columbian police for their amazing public service!

Watch this incredible dog rescue in a flood, in the exciting video just below! 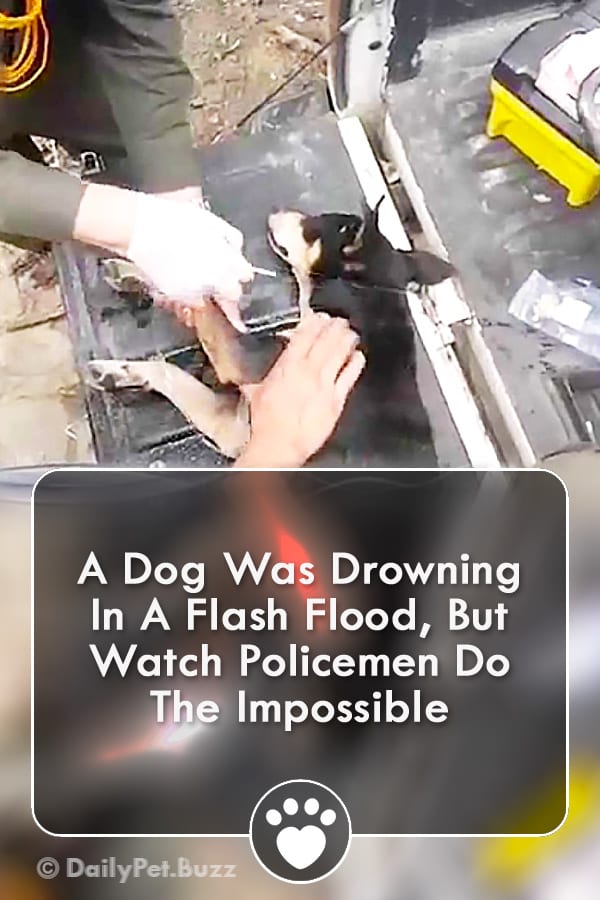