It’s every parent’s nightmare ” finding out that their baby has stopped breathing overnight. It’s called Sudden Infant Death Syndrome and there is no medical explanation of how a seemingly healthy baby can go to bed one night and just.. not wake up. Some people think it’s the position the baby sleeps in, especially if it sleeps on its chest before it learns how to roll over. That almost happened with the family in this video. Only the presence of Duke, the dog, made this a happy story.

Duke, who had been adopted six years before, jumped in his mommy and daddy’s bed and started shaking – a lot. They could tell something was wrong, since he was usually very obedient. So they went to check on their nine-week-old baby, Harper. She wasn’t breathing. They called 911 and the little girl was saved, thanks to Duke. She was doing fine in the video – though the parents probably haven’t slept since then.

It’s uncanny what some animals are capable of. My cousin’s dog was recently very attentive to my six-year-old son. We were wondering why. It turned out he had a fever. My cats seem very attuned to when we’re not feeling well, either. Paying attention to their own behavior towards others can save a lot of trouble in the long run. It also helps to be familiar with the animals. Duke’s mommy and daddy knew his behavior was unusual, which is what tipped them off.

This situation could have been so different if they didn’t have Duke. Like the mommy said in the video ” he was meant to be there. Sometimes these animals enter our lives for different reasons. However long Duke lives, he knows he’s earned his family’s gratitude for the rest of his days. I’m sure there are just as many unsung animals heroes out there. They also deserve our thanks.

Wow. What an incredible story. Lucky Harper! What did you think? Please tell us in the comments section below! 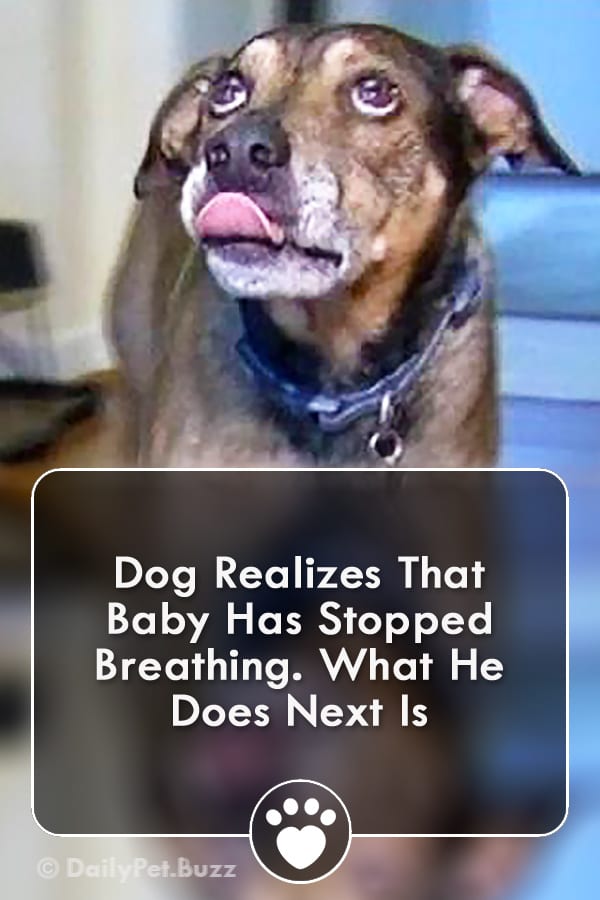