New York is home to many personalities. It’s not for the easily faint of heart, some have to find this out the hard way. There are winners and people who strike out, sometimes it’s just the luck of the draw. You’ve got to make the best of a bad situation sometimes, and no, I’m not talking about New York. Some dogs don’t have it as lucky, living homeless on the street, eating trash or ‘ground dogs’ just to survive. There are many lucky breaks, that otherwise would break your heart. Meeting Briggs for the first time, you never would’ve guessed that he used to be homeless.

Briggs is a white Pit Bull living in New York. As just a puppy, his owner sadly abandoned him, forcing him into a life on the streets. The first-time Jon Bozak had seen Briggs, his heart was broken. He went to go see if the poor pup was alright. What he discovered, left him with the noble decision- he would take him home and try to look for his owner. After enough time had passed, he had to make another decision.

Luckily, he could give him a home. He wasn’t going to rescue him just to turn him out to the streets again. After no one responded to his adds, Jon decided to make it official and adopt Briggs. The two quickly became inseparable. As Jon then noticed the most hilarious quality of Briggs- his overwhelmingly charming smile. He certainly looks like a happy pooch, he’s grinning from ear to ear. As you look at this adorable happy pooch, you realize just how photogenic he is.

What did you think? We’d love to hear from you. Please share this story with a friend or family member, give us a ‘like’ on Pinterest, and don’t forget to leave a comment in the section below. We appreciate you. 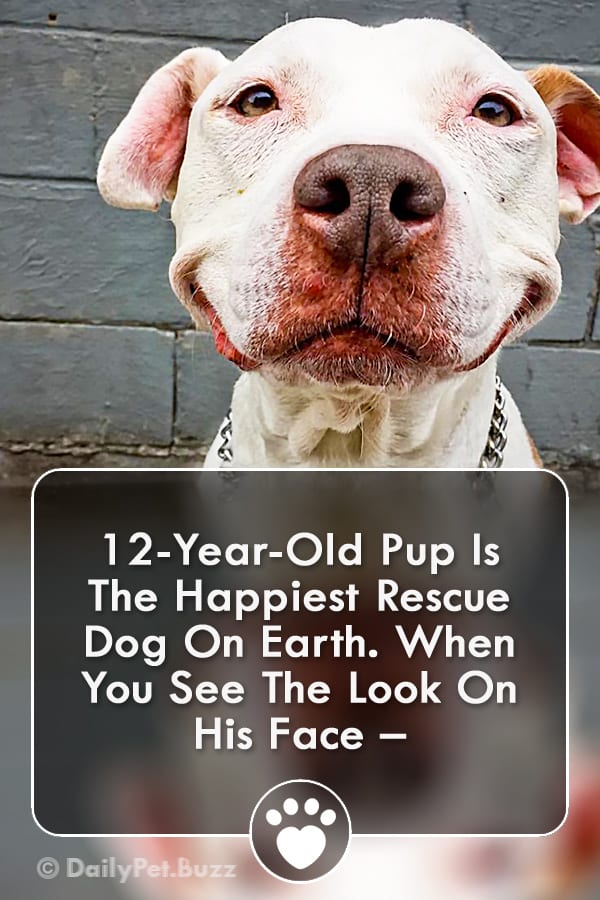