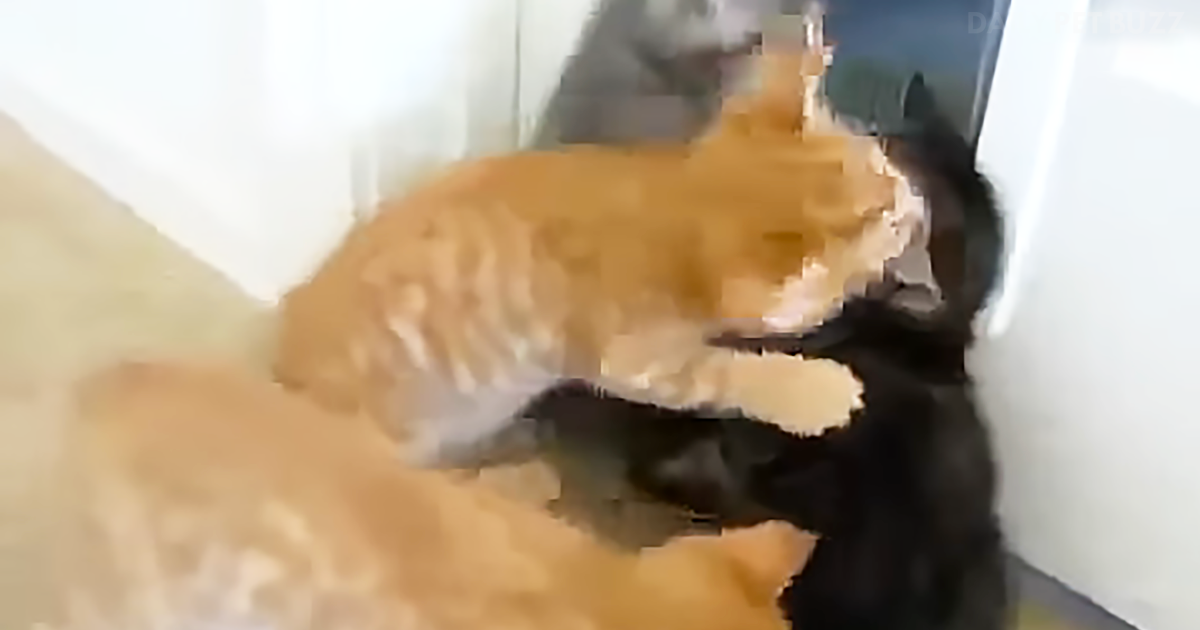 Kittens can be known for roughhousing with each other. They can play at fighting with one another, but sometimes that fighting no matter how playful can get a little out of hand, as seen here. When these four kittens start to really get into it with each other, they find an unlikely referee.

Two of the little kittens start out playing with each other by fighting, then the other two siblings start in as well. Before long, the playful fighting starts to get a bit out of hand to the point where we are not sure if these little guys are just having fun any longer.

Needless to say, they need someone to put a stop to this before someone gets hurt. But the one who does intervene isn’t the kittens’ mother but actually the family dog.

The dog starts to bark, and three of the kittens go running off. The fourth kitten, though, tries to give the dog some attitude by putting up its paw in defiance, but the dog won’t hear of any backtalk. The pup lets the little kitten know that the dog expects it to behave, and before long, the kitten backs down. Enjoy this dog disciplining these mischievous little kittens in the video below. 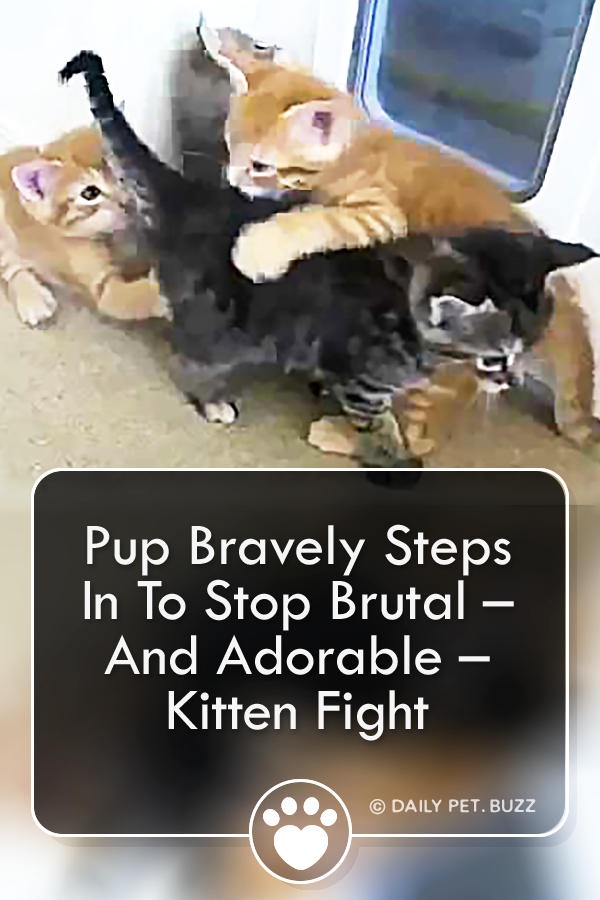