While I understand that hoarding is a mental illness, I can never wrap my mind around situations with animals. People putting these poor creatures into cages and then neglecting them – it just is unfathomable to me. Fortunately, there are people out there who are willing to rescue these animals. What proves really difficult is that some animals feel the repercussions long after the rescue. That’s the case from this video that is from a popular show.

The show is called ‘Dr. Jeff, Rocky Mountain Vet’ and we see a clip from one episode. Brynn is a dog who was found in a bad hoarding situation. Her leg had been broken as a puppy and it healed at an odd angle. After her rescue, she became a nursing home dog, caring for residents. She was at the vet because she had started limping more. Her broken leg was giving her more and more trouble.

After a little bit of a wait, Dr. Jeff calls them in and he examines Brynn. He has her stand on the ground and he manipulates her broken leg. She doesn’t react at all to what he’s doing. Perhaps she’s become so used to any pain from that leg that it would take a lot to make her uncomfortable. He says that while she doesn’t seem to be bothered too much now, it could be a problem later and he says amputation is on the table. Brynn’s mommy looks away in distress as the clip ends.

While some people were upset, thinking that Brynn was showing no signs of pain when Dr. Jeff moved her leg around, not amputating would have led to more problems down the road because Brynn was putting pressure on her wrist by compensating. It would be like us breaking our leg and walking on our ankle to relieve the pain. There are many fine, healthy three-legged dogs. Brynn could be one of them – and compared to her previous hoarding situation, it would be the lesser of two evils.

Being a vet means making hard calls like that. What do you think? Please head on down to the comments section and leave your thoughts there. Also, please ‘Like’ us on Pinterest. 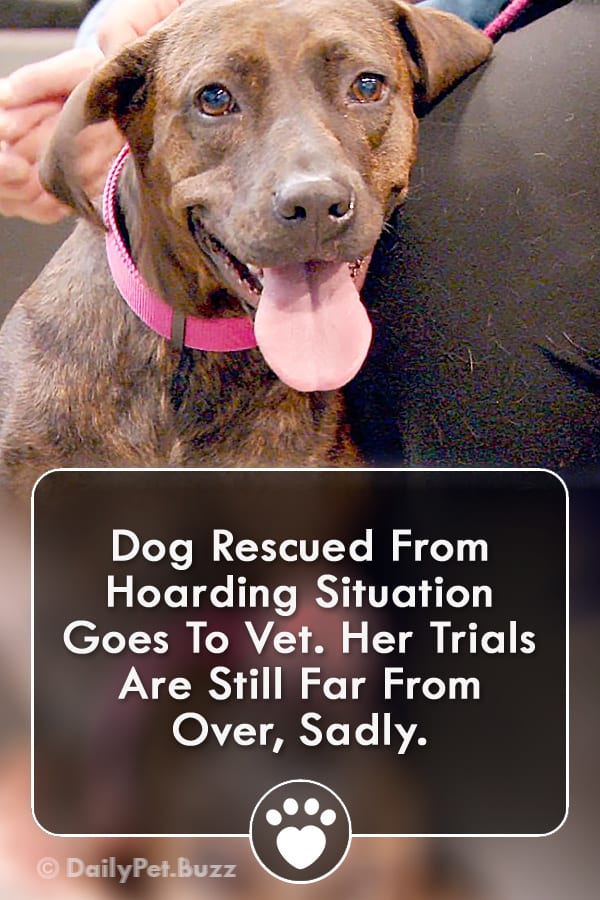