There’s a time when your pet runs off that your brain just says, ‘OK. He or she is not coming back. I can only put up so many signs and wait so long before accepting the inevitable.’ It’s a terrible feeling especially if it was because of something you did, either directly or indirectly. There’s a lot of second-guessing going on in that brain. But sometimes fate deals you a good hand. That’s what happened in this video here.

Kelly Thomas and Ted Kupferman lost their dog, Bear, when Kupferman had a car accident with Bear in the vehicle. Bear ran away from the crash scene and into the forests of Georgia ” the state, not the country. It seemed like he was gone for good. But then two women saw Bear months later in a junkyard. They got several rescue organizations to help bring Bear in and they found he had been microchipped, which helped them bring Bear back to his Mommy and Daddy.

It was an emotional scene seeing the couple embracing Bear after his triumphant return. I don’t know the actual circumstances of the accident, but it seemed like luck, albeit delayed, was on their side. Bear was a rescue dog to begin with, so he might have initially felt betrayed, so that’s why may have run off. He’s still quite a docile dog, though ” you can see that when the rescuer puts the noose around his neck to bring him in.

This is where being a responsible pet owner helped the situation. Had Thomas and Kupferman not chipped Bear, then this story probably winds up with him either with the two ladies or in a shelter. I’d still bet on the ladies, since they cared enough to make sure he was brought in. Still, this must have been quite the relief for the couple to have their pooch back in their care. This story had a great end.

Weren’t you happy seeing this reunion? I’m sure the couple will be even more careful to not let Bear go a second time. Be sure to leave a comment! 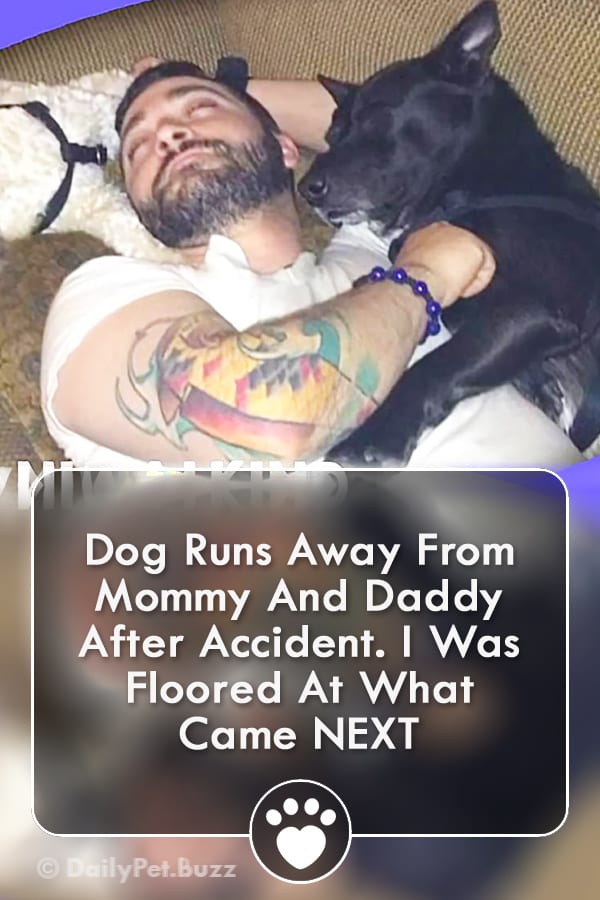