Have you had any weird things happen to you with animals? In one of our old neighborhoods, there would be times when we had to be extra careful about opening the door to leave. A VERY friendly feral cat would be out on the porch sometimes, and she’d want to come in, and would have if we weren’t paying attention when we left. She was a sweetie, though. This video tells of a similar type of thing, though it’s about a dog and not a cat.

The video tells this story with text with music in the background: A dog comes to someone’s front yard. He’s obviously not a stray, since he has a good coat and a full belly. The person on the porch pats his head and goes inside. The doggie follows and lays down in a corner for an hour and then leaves. This same scene plays itself out the next day with the pooch coming over, going into the house and then just going to sleep.

The dog comes back again and again. Finally, the person whose home it is can’t get past their curiosity about this pooch who only uses their home for an hour nap. They attach a note to the dog’s collar politely asking if the doggie’s mommy or daddy knows that he comes to their house every day. The next day, there’s a new note ” the dog lives in a house with six kids and two of them are under the age of three. He’s catching up on rest and his mommy wants to know if she can join him on his next outing .

This is obviously not a true story, but any parent with a baby can smile at this. Can you imagine being in a house with six kids, with not one but two of them being under the age of three? I’d want to jam earplugs in all day. This dog was certainly a wise one to go seek shelter elsewhere. There are times in our lives when we all want to get away from the noise and din as well. We’d all be so much better off if we could get at least an hour of quiet a day.

I thought this was a cute story. How about you? Any doggie tales of your own? Feel free to head down to the comments section and tell the story. Also, please ‘Like’ us on Pinterest! 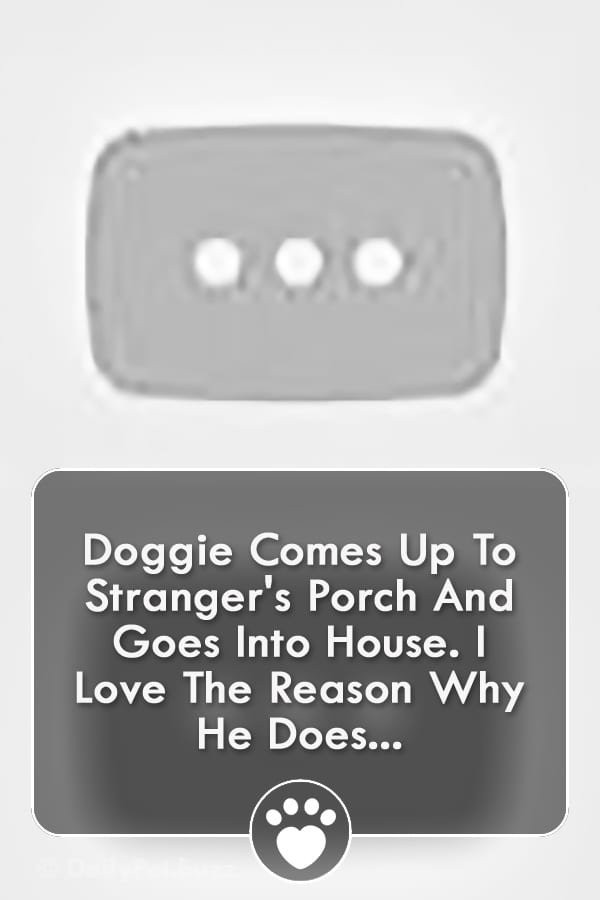