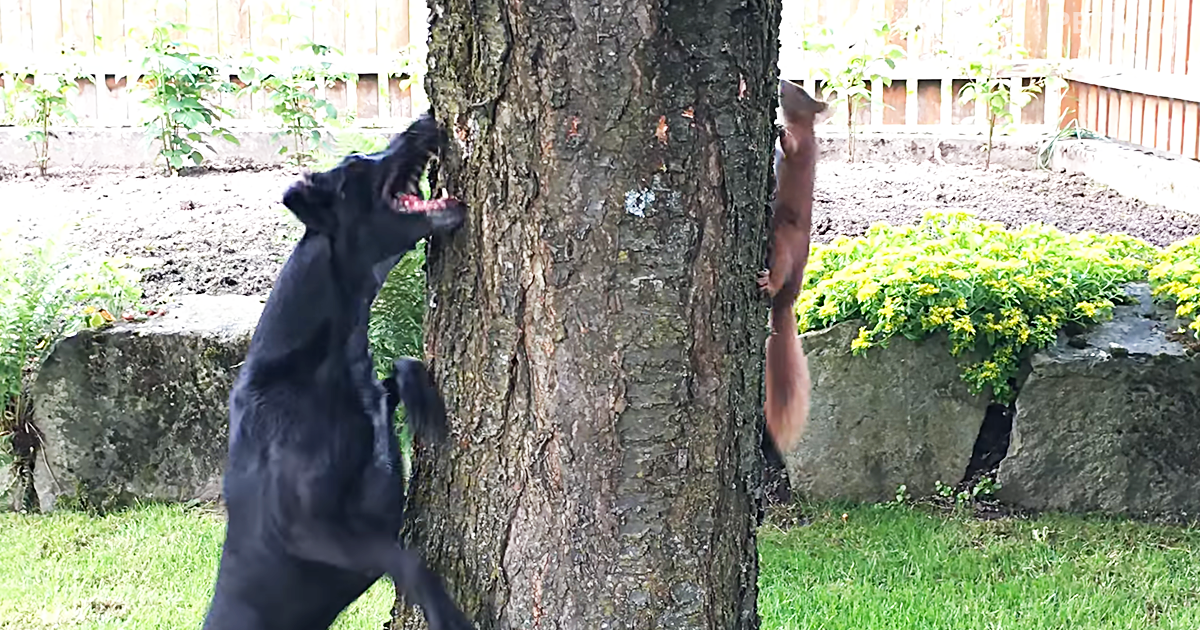 Squirrels have been prey for other animals for a long time. I’ve seen both cats and falcons grab them. But, animals learn and can often sense when there is a predator. And sometimes, the squirrel gets the upper hand like in this video.

We see Mela, a black dog that seems to be in the labrador or pointer family. She sees a squirrel on a tree and is determined to get it. The squirrel, on the other hand, seems just to want to tease Mela and does so by easily scampering around the tree while MC Hammer’s ‘U Can’t Touch This’ play on his headphones. Well, that’s what would happen if squirrels could wear headphones.

Mela has NO shot of getting this little fella, but he’s game to try. This video reminds me of an old Dave Barry column that I read. It featured his large, not-so-bright dog named Earnest, who loved to chase squirrels around a tree. The problem is that the squirrel would move after a bit, and this huge dog would run headfirst into the tree at a high rate of speed. Didn’t seem to bother him, though. I still laugh until I start snorting when I read the column, and I am incapable of reading it aloud to anyone without turning red from laughing.

If there’s ever any doubt that we are all actually living in the Matrix, this video is proof. That squirrel was straight up, defying the laws of nature like Neo. It wouldn’t have surprised me to see him suddenly jump from the tree and hang suspended in mid-air while the camera rotated around him. Now, if that squirrel was Neo – who was Mela? Agent Smith? The next time that pooch goes out, he needs to wear sunglasses and an earpiece.

This squirrel is something else and is giving this black dog a run for his money. Don’t miss this hilarious chase in the video below. I guarantee you will be laughing in the first couple of seconds. 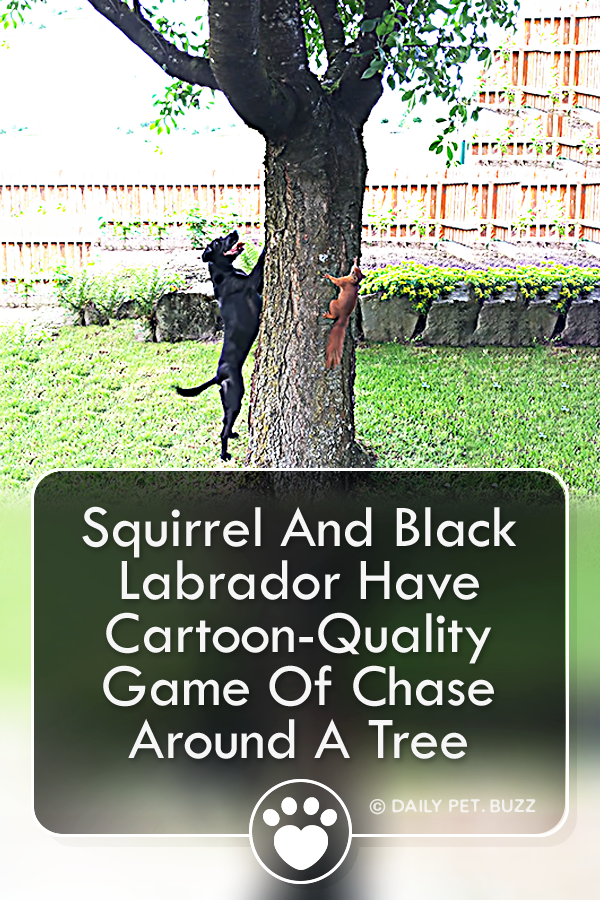