There are some fun videos out there of animals playing instruments. I recently wrote about a cat who would sit on a swing and play a drum with her swishing tail. That was fun to watch. Birds can sing songs and use their voices as instruments. But I think all of those pale to what we see here ” a dog playing an organ. Yep, this is not a ‘Keyboard Cat’ video where fake animal limbs are used. This is real.

We see a dog named Sadie jump onto a bench and turn on an electric organ. She starts playing it a bit, though her hind legs are too short to get to the foot pedals. It’s still fun to listen to. Her mommy says something and she hunches forward on the bench like she’s a bit embarrassed. I don’t see why she should feel bad about it. She’s quite talented – well, for a canine who has probably not ever had any formal music education.

There’s one error here with the title of this video. This isn’t a piano. It’s an organ. I know this because I have relatives that play it in places of worship. Other than that, this is fantastic. The dog does a nice sequence on the organ that sounds really organic, not just him mashing her paws on it to make some sounds. Maybe she’s an 18th century composer reincarnated. Hey, anything’s possible.

The whole thing is just really cool, from Sadie’s going to the bench to turning the organ on to playing it. She’d really fit in if she had gone on David Letterman before he retired, since Letterman adored tricks like this. Well, maybe one of the late-night hosts will see this at some point and try to bring her on. There have been a lot less talented animals that have appeared on these shows, for sure.

I couldn’t get enough of Sadie while she was playing. She could come to my church and sub for our organist for a bit. Do you have a pet who can play an instrument? We’d love for you to tell us all about him or her in the comments! 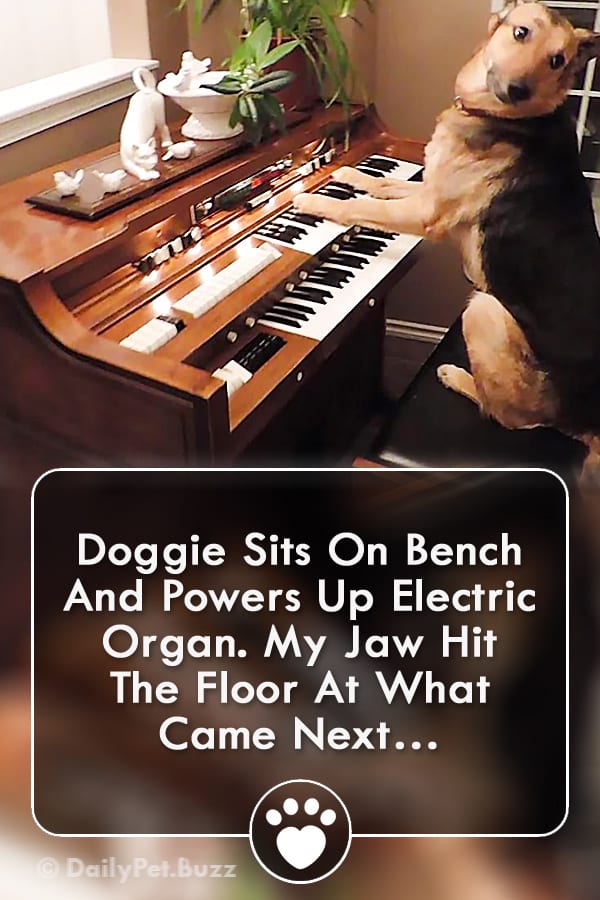