One video trend that is sure to draw a lot of viewers is having animals that have a history of not getting along playing with each other. It’s a little mini-lesson on tolerance. ‘Hey, if this cat and dog can play with each other, then why can’t you two?’ I think all regions mired in conflict should make their combatants watch these videos. Hey, it’d be worth a shot ” it’s not like diplomacy is making much headway. This video is the first one that I would make required viewing.

It shows a Saint Bernard and a kitten playing together in a park. The two of them are facing each other and the kitty is batting at the grass in front of him while the pooch watches intently. Their size difference is laughable. The kitty is probably the size of the dog’s head, period. After a while, the Saint Bernard wants to get in on what the kitten is playing with, so he gets up and starts pawing the grass himself. At one point another dog wanders over, but the massive dog just flicks his head at it in a ‘Go Away’ gesture. Point taken.

One reason behind this pairing is that Saint Bernards are probably one of the friendliest dogs out there. Let’s put it this way: If you make one of them mad at you, people are going to give you the side-eye. ‘THAT dog wants to bite you? The one that belongs to a breed that is used for rescue operations? Something is definitely wrong with you.’ A more aggressive or high-strung breed probably wouldn’t have worked her. I couldn’t see, say, a Chihuahua playing with this kitten. It would have batted the ground once and the dog would have run off yipping loudly.

I just enjoyed watching this tiny kitten and goliath of a dog play together. It wasn’t a very active session ” if they had tried something like play wrestling, they would be peeling the kitten off the Saint Bernard’s back. But it was clear that they have affection for each other. Hopefully they continued to meet up for a long, long time after that video. It gives hope for the rest of us.

It’s impossible for me to get enough of this video. How about you? Did you have it on repeat? Tell us in the comment section below! 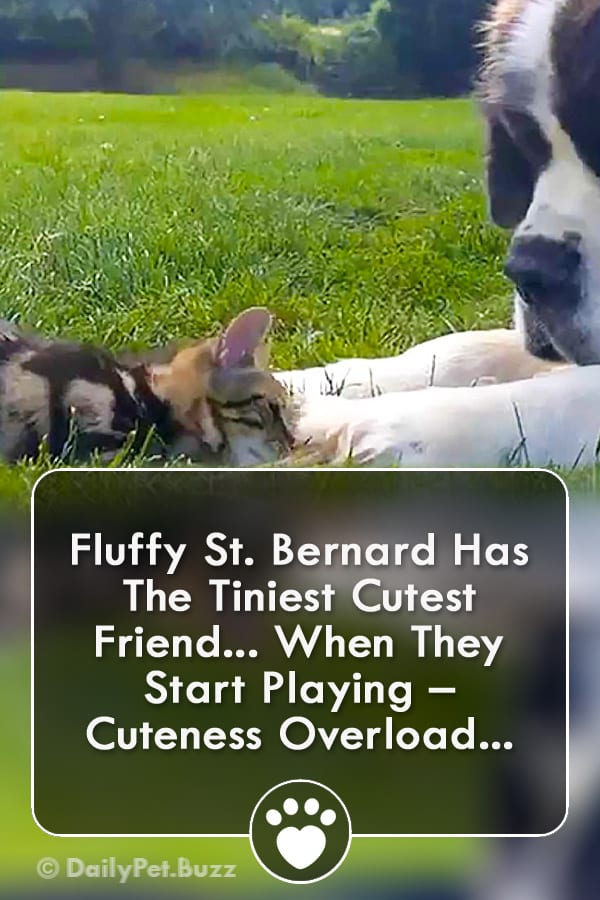