Many of the people who view animal videos on YouTube and such live in the Western part of the world, where amenities are a little easier to come by. Yes, they still have their problems with poverty, but it’s not as bad as other parts of the world. That’s why we are shocked when we see videos like this that show the conditions that rescue workers in India must deal with every day.

These situations haven’t deterred Animal Aid Unlimited, India, from fulfilling their goal to help every animal that they can. We see several founding members of this rescue organization sit in front of a camera and layout their ambitions and plans for trying to help as many Indian animals as they can.

While they talk, we see several volunteers going out and completing rescue missions. The animals that are brought in are quite varied, ranging from dogs to cows to goats. It’s a veritable menagerie – there are even donkeys wandering the grounds. The people at the shelter make sure that the animals heal enough before sending them back out into the wild.

Often the volunteers will find an animal that is in bad shape, either through illness or injury. It may seem graphic at first, but they quickly adapt and begin treating the animals in a clinical way, almost if they were veterinarians. This ensures that the animal gets the care that they need and also that no time is lost while a volunteer has to regain their focus after seeing a bad injury.

The crux of Animal Aid Unlimited is to bring awareness of the suffering of animals to mainstream India, many of who are unaware that these animals have the problems that they do. They will then become more likely to render aid themselves and make life a lot easier for both Animal Aid Unlimited and the animals themselves. It’s a noble cause, and hopefully, it will succeed in the long run.

I thought this was a powerful video that showed the passion that the founders of Animal Aid Unlimited bring to trying to help animals. The dedication of these rescuers is commendable, and their positive work for their communities is, no doubt, making a wonderful impact. Don’t miss their story in the video below. 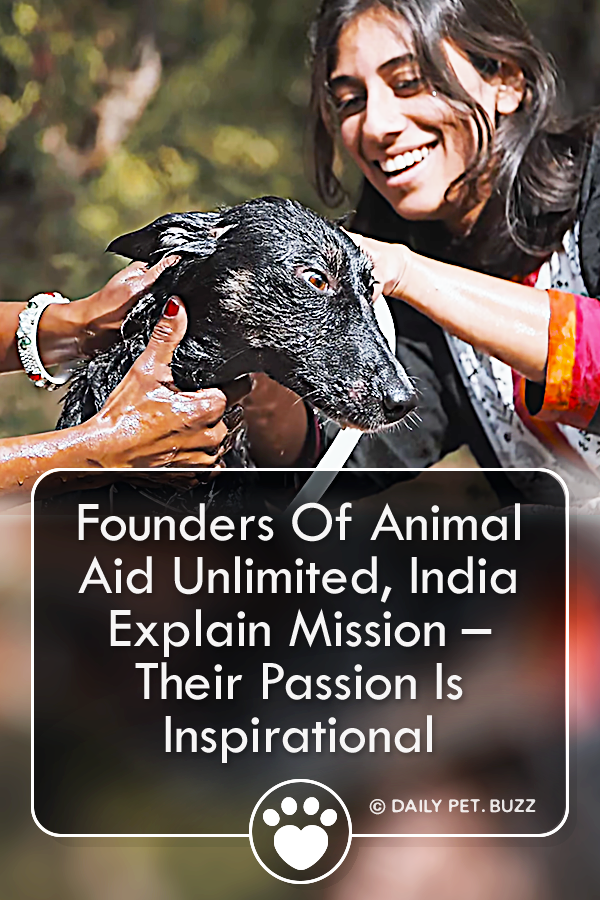