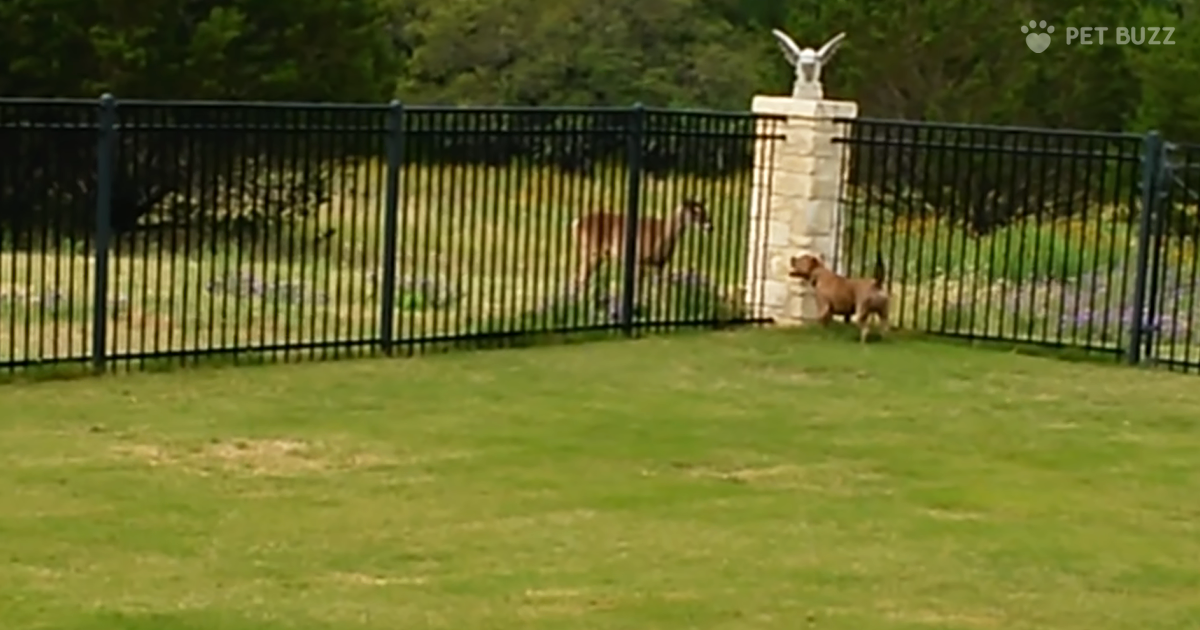 If the following video doesn’t leave a smile on your face then I’m afraid nothing will. What do Pitbulls and deer have in common? A sense of fun that comes across so well in the clip below. We all know that pitbulls and deer aren’t supposed to be friends don’t we, or do we?

Pitbulls have been given a bad rap over the years. They are accused of being a dangerous and aggressive dog, and let’s face it some are. We have all seen horrific visuals of people being attacked by the super-strong breed, but it is not necessarily the dogs’ fault. Some states have outlawed this breed so people cannot have them as pets, and in other states, there are very strict controls in place for the ownership of these beautiful dogs. But when you look at the situation you have to take a good look at the owners. Like any breed of canine, the pitbull is only as good as its trainer. If a dog is trained to be aggressive then it will be, if it’s trained to be passive then that’s what you get, a loyal, passive and friendly dog.

Deer, on the other hand, are not an aggressive animal at all, in fact, they are one of the most docile creatures in Mother-Nature’s-menagerie. So a friendship between a deer and a pitbull is the last thing that anybody could imagine, and yet as the clip below shows, anything can happen when you would least expect it. A simple game of chase turns into a fun-filled-frolic for these two very unlikely friends. As you watch the clip you can tell both animals are having the time of their lives. So much so that it appears that they can tell what each other’s planning. You go first – – ..the deer seems to indicate to the dog, then off he goes with the deer in chase. Then it the deer’s turn to go first and off they go again.

This play-time goes on for ages as neither one of them is going to give up the chase. Luckily for all of us, the pitbull’s dad was on hand to record this moment for the rest of us to enjoy as well. Next time you see a pitbull, don’t be quick to jump to the conclusion that it will be aggressive, remember this clip and give the dog the benefit of the doubt. Not all dogs are dangerous, but all dogs are the product of the people who own and train them. Dogs are a responsibility, this responsibility should never be taken lightly as they are relying on their person to protect them from the dangers of a world that can sometimes be unjust. 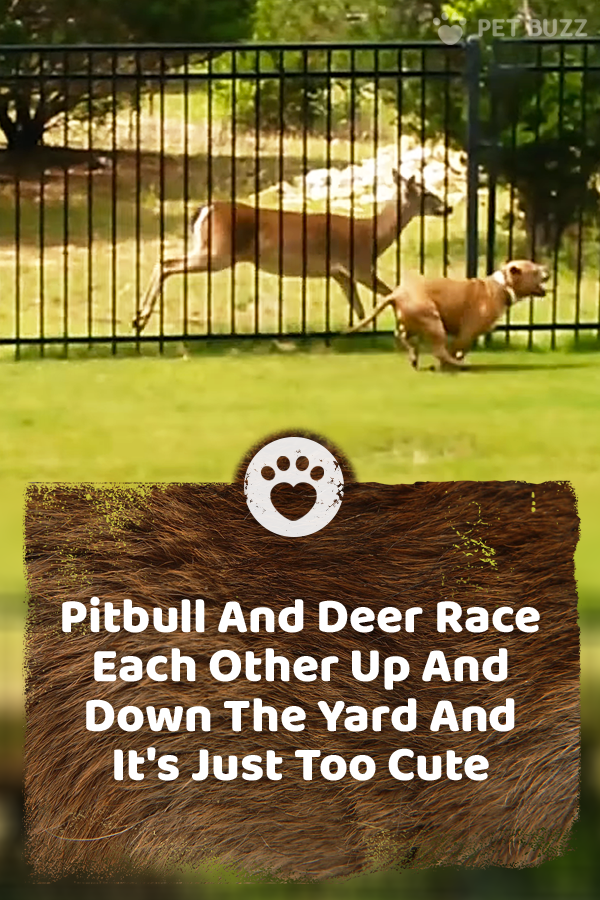