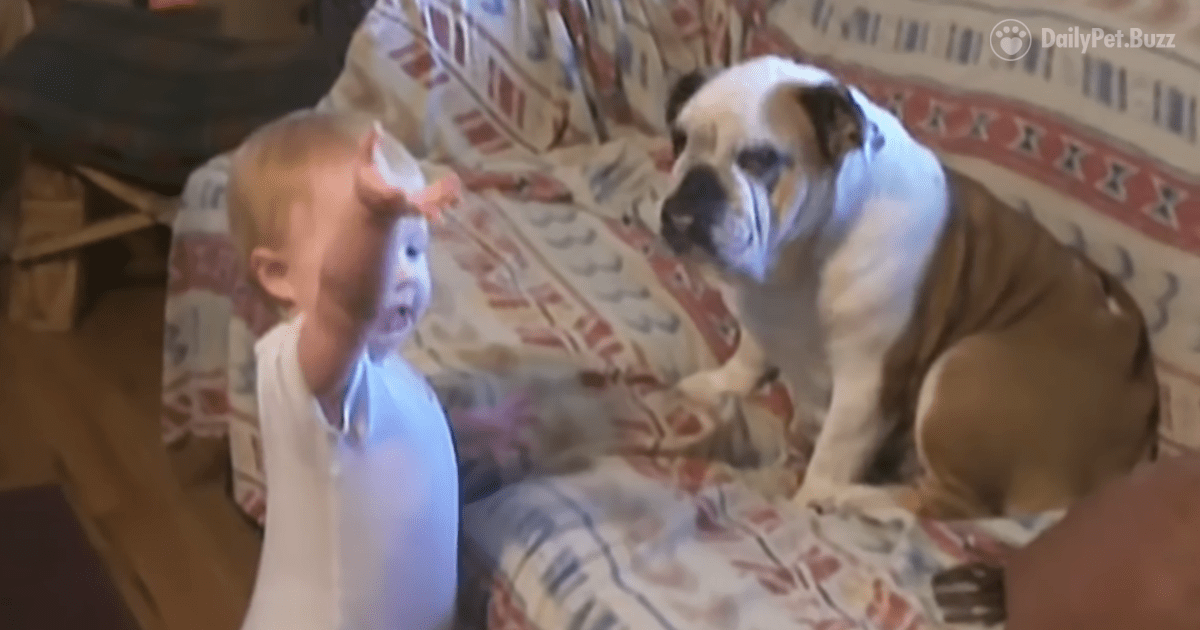 While I’d like to be able to stay informed and educated by watching discussions on the news, I often find I have to turn it off because it quickly devolves into multiple people yelling over each other. At a certain point, it doesn’t even seem like they need to use words because the only thing we hear is the yelling.

Here in this video, we have one toddler who has caught on quick to this technique of yelling over your opponent, and he is practicing it on his family’s pet bulldog. Throughout the video, he makes what sounds like a very persuasive argument by raising and lowering his voice and gesturing with his arms. He does all of this while speaking pure gibberish that no one, not even the dog, can understand. (Or does the dog understand more than he is letting on?)

What makes this video even funnier is the reaction of the dog to the toddler who is scolding him. Throughout the video, he darts his eyes back and forth, looking down as though he is avoiding the toddler’s eyes. At one point he even looks convinced that he must have done something wrong. After all, why else would this toddler be making such a persuasive argument?

I am pretty sure the little toddler will be attending law school in the future. In the meantime, he has someone he can practice his closing arguments with. 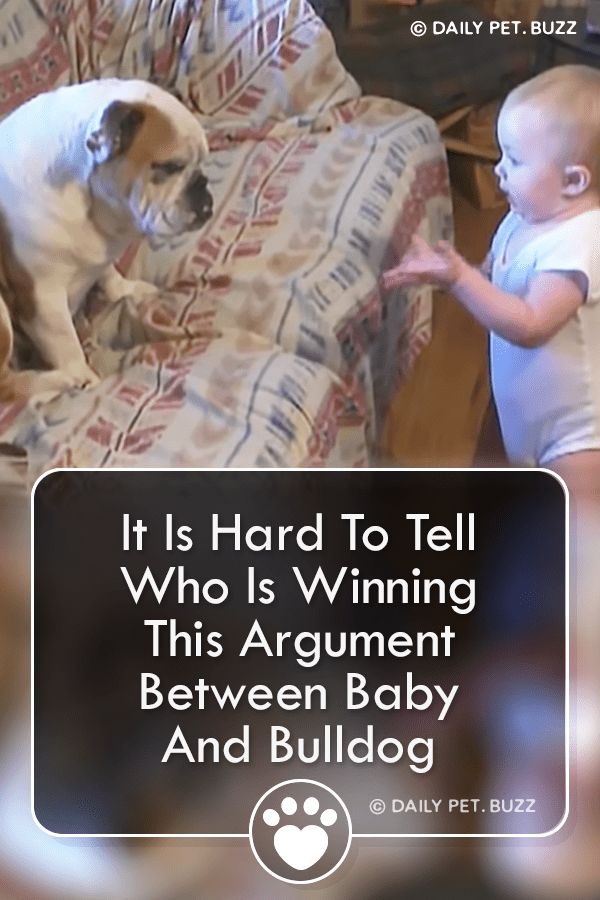