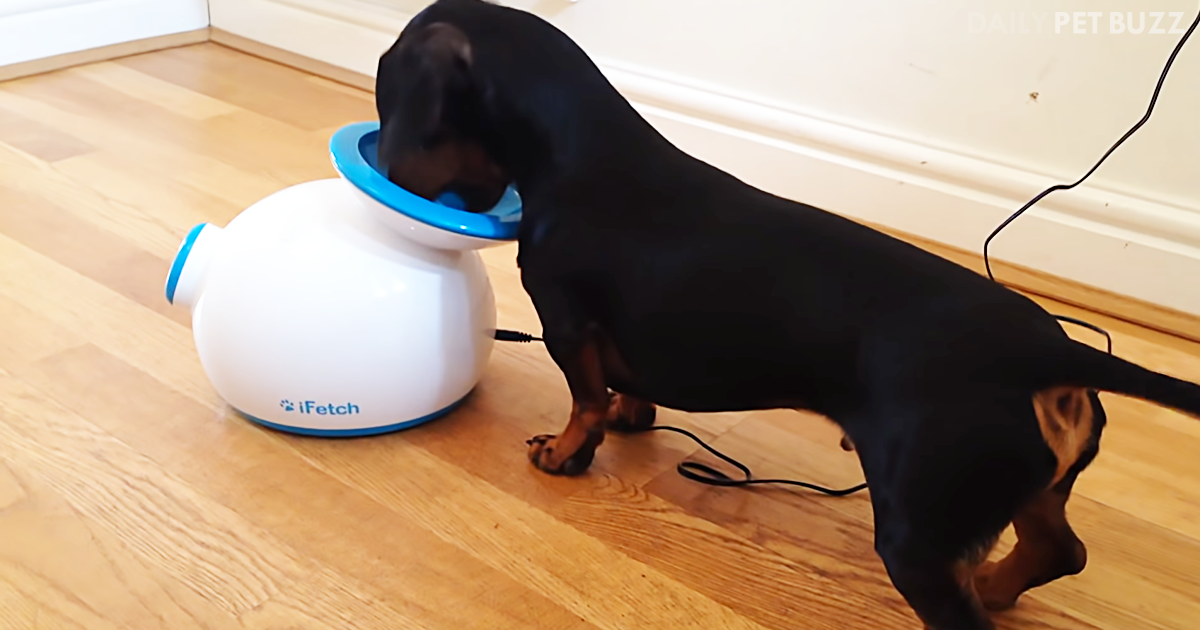 Playing fetch with your dog is one of the best ways to really develop a relationship with the animal, especially if the dog in question is fairly young. From the dog’s perspective, fetch is a lot more than just a game; it’s a true bonding experience in every sense of the word.

Sometimes, however, the dog actually does enjoy the game of fetch a lot more than they enjoy your company, as is the case with this miniature dachshund. You see, whenever this little tyke wants to play a quick game of fetch, he doesn’t run over and try to entice his owners to play at all. He’s got his very own automatic ball launcher to play with whenever he wants.

This adorable little puppy really has the whole set-up down. Not only does he fetch the ball and bring it back, but he also knows exactly how to load the launcher again so that he can keep this going for as long as he wants. This sure does give new meaning to the phrase ‘smart home!’

There has been a lot of talk in the last several years about the way that robots and other forms of technology are replacing jobs that were previously held by humans. Though it’s a controversial topic, this video proves that it is, in fact, taking place, at least as far as playing fetch with dogs is concerned.

Dachshunds are one of those breeds that need constant attention and entertainment. This iFetch toy is actually perfect for them, allowing parents to get something done a lot faster with the darling pup being able to entertain herself. In fact, this is probably one of the best pet toys I have ever seen – bring on the robot rebellion, I say. 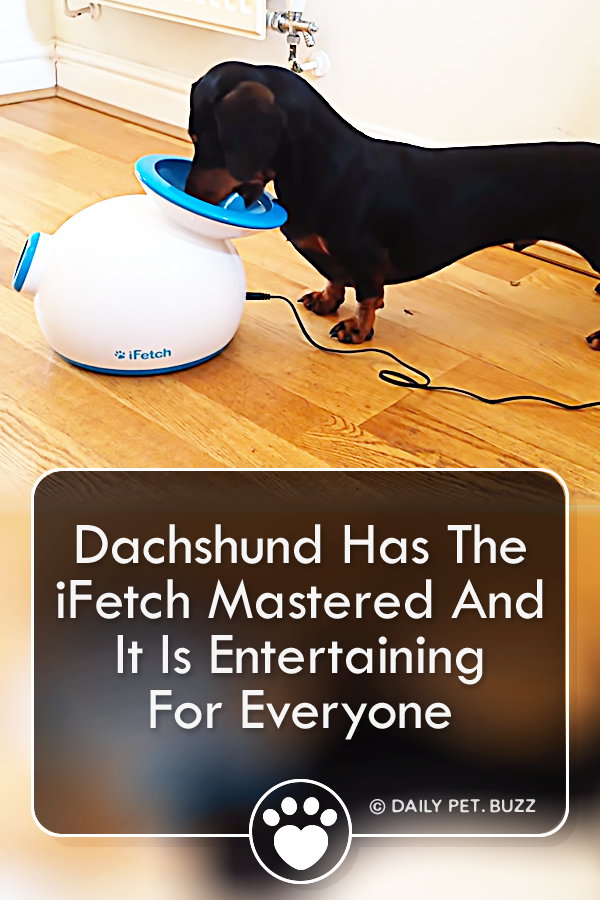