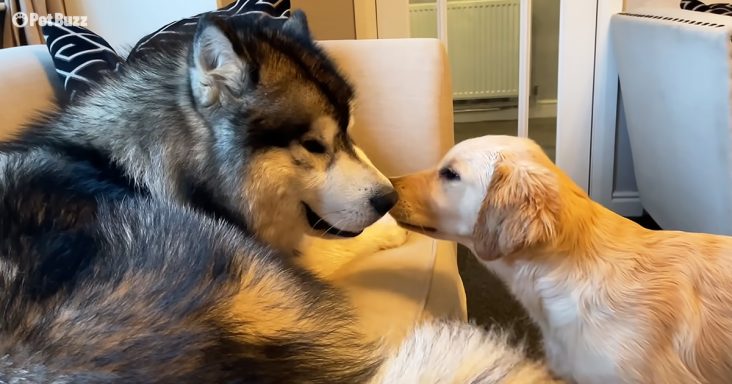 Buddy, the Golden Retriever puppy, spent the afternoon playfighting with Teddy, a giant Husky. Their wrestling is a great training technique that lets dogs establish boundaries with each other.

Apparently, whenever they fight, Teddy always lets Buddy win because he is kind and accommodating. They start off by jumping all over the living room. Milo, the cat, watches from the top of the sofa.

Teddy and Buddy’s tails are wagging as they gently bite each other’s faces and bodies. Buddy has way more energy, and Teddy is trying his best to keep up with him.

There are two couches in the room, and Teddy tries to use them as his safe havens or defense. He hops from one piece of furniture to the next, hoping that Buddy won’t follow him.

It doesn’t do much since Buddy is already big enough to simply climb on top of the couch and continue biting Teddy. Every now and then, they sniff and lick each other’s faces.

After some time, Teddy lies on the ground, and Buddy once again appears to be victorious. Both dogs are panting, but Buddy still wants to wrestle. Buddy finds a toy to play with.

Their short break is over, and they go back to biting each other and rolling all over the living room floor. Milo watches with mild curiosity as Teddy and Buddy fill the area with their drool and fur. 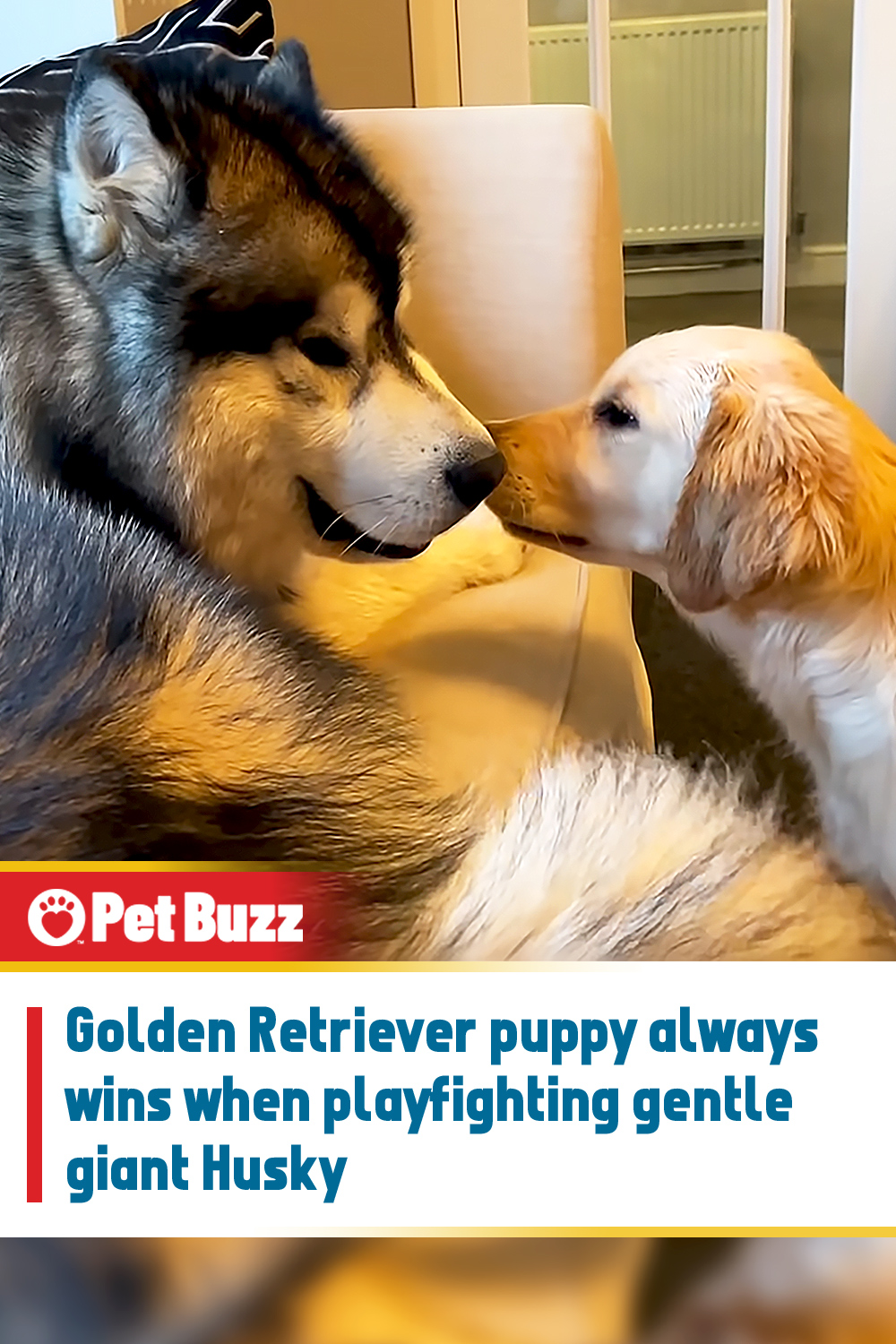