As far as nightmare scenarios go, leaving your young child in a car on a hot day is enough to make any parent break out into a sweat even on a winter day. It’s happened too many times, sometimes with tragic results. There was even a case where a father was found guilty of doing this purposely to his son. But there are times that this story can have a happy ending ” just like the one we see in this video.

It was a hot, sunny day, and Teresa Gall was babysitting her 17-month-old grandson, Liam. After putting him in his car seat in the backseat, she tossed her keys in the front seat – and shut the door. Now all the car doors were locked and Gall was in a race against time as the temperature inside climbed to a degree that could kill Liam quickly. Gall and her sister were trying to break the window with a hammer to no avail. The grandmother prayed for help.

Here’s where football players Shane Simpson and Jack Long come in. They played for the Missouri Western Griffons football team and they had just finished practice. Fortunately for Gall, rather than take their usual route home, they went a different way and they drove by the panicked woman hitting the car with a hammer. At first they thought she had just locked herself out, but the level of panic made them think twice. The duo doubled back and after learning the situation, one of them broke the window with one swing of the hammer. Liam was saved.

The closest my wife and I came to something like that is when I shut my door before opening the back seat and she had locked the driver’s side. Fortunately, she just had to give me an annoyed glare before hitting the unlock button on the key fob. I can’t imagine what the panic going through Gall’s mind was like. I’m so glad that someone was there to save little Liam’s life. No matter what Simpson and Long do in their life, they are winners already.

What a nailbiter of a video. Have you experienced anything like it? Please tell us all about it in the comments! 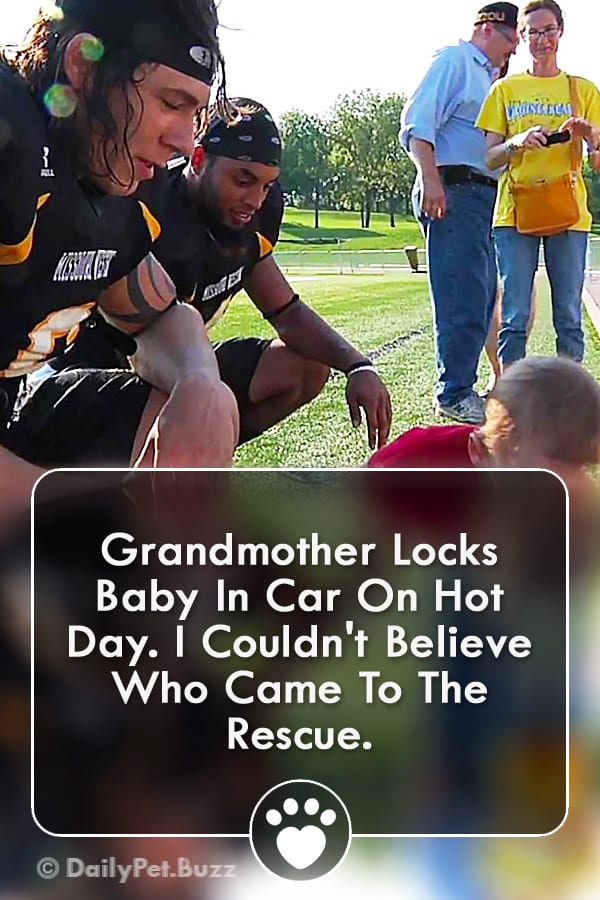