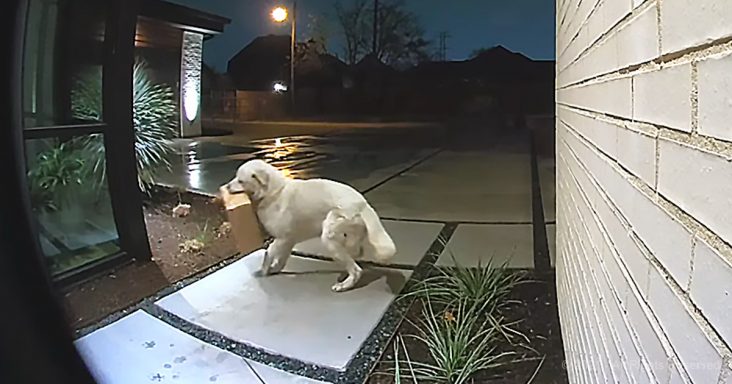 A great Pyrenees was caught on video stealing a package from the neighbor’s porch. But this wasn’t the first time this was happening.

While on a staycation, this couple decided to go through their surveillance footage only for them to discover something very unusual. There was a Great Pyrenees pooch stealing the package that had been delivered on their porch.

This surveillance video was the answer to most of their questions because it wasn’t the first time their parcels went missing. However, a four-legged porch pirate was the least of their expectations.

Upon reaching the porch, the dog is seen hesitating before it grabs the parcel with its mouth. It’s as if it had a brain of its own, or perhaps it was trained for this small heist.

According to the couple, the parcel only had some organic beauty products so it wasn’t anything you’d expect a dog to be interested in. Unless, of course, the pooch was looking for some self-care treatment. The Great Pyrenees breed has a propensity for being fabulous, so this explanation is plausible.

Or perhaps there is a more nefarious motive.

Are perhaps porch pirates are training innocent dogs to do their dirty work for them? It would seem like the ideal solution to counteract surveillance. Dogs can move faster. In. Out. Gone. All before the police arrive. It’s diabolical.

In the movie Contact, someone asked Jodie Foster’s character, “Do you know what Occam’s Razor is?” to which she responds (roughly): “Yes, it’s the scientific principle that, all things being equal, the simplest answer is usually the right one.”

We may never truly know who or what motivated that dog to turn porch pirate, but we can be thankful the mirthful event was captured on camera to make us smile. 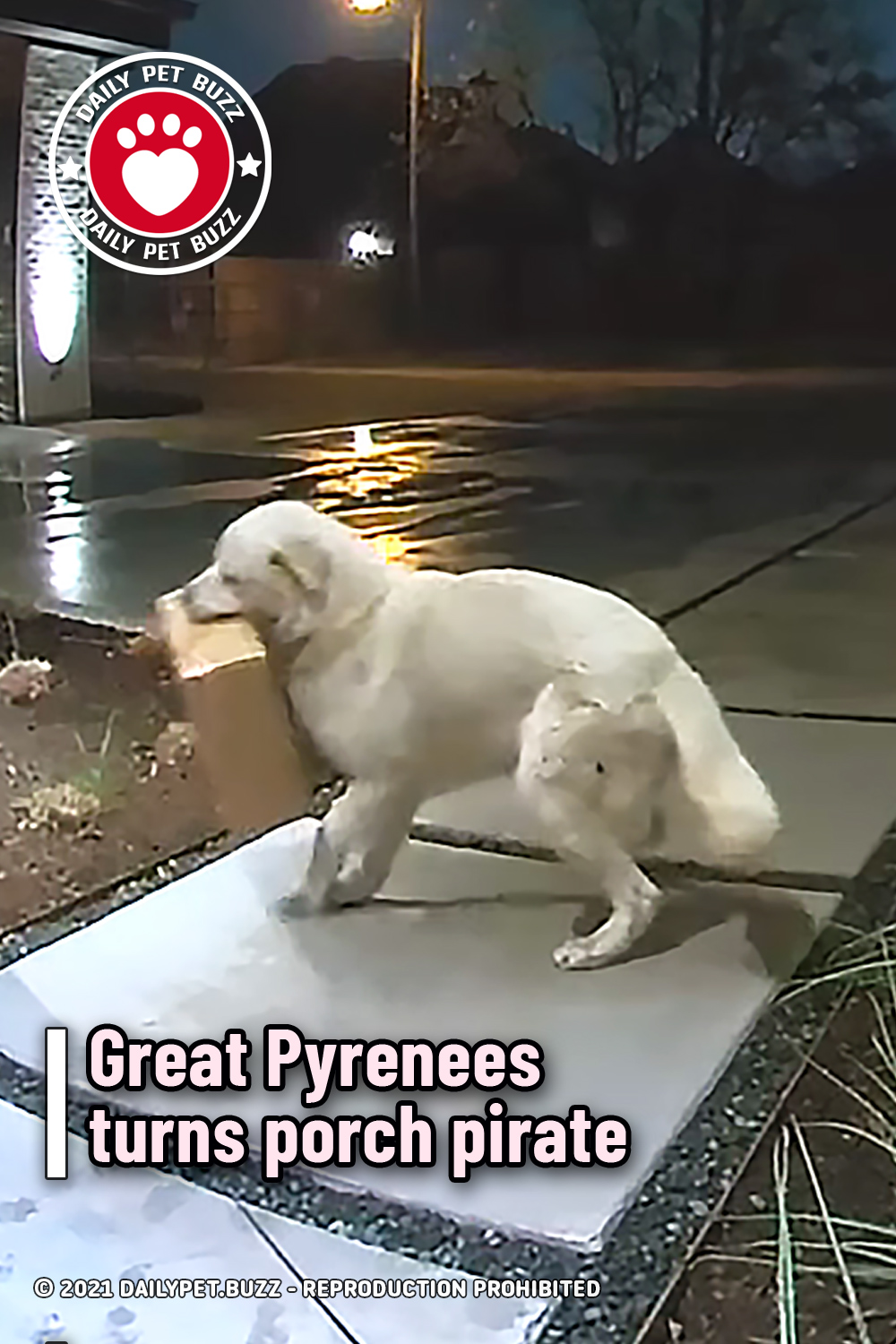