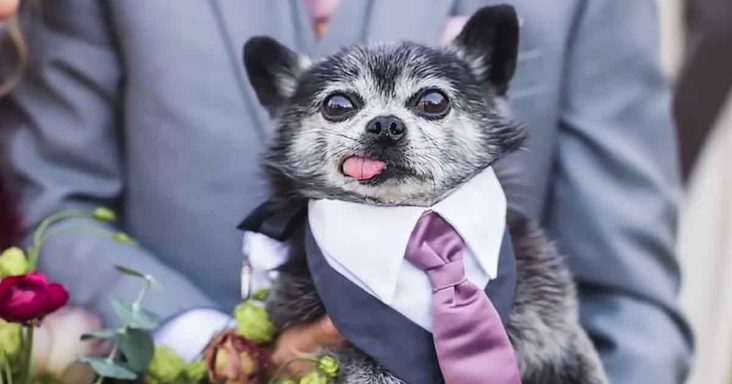 Rocky is a senior dog whose owners would describe him as a grumpy old man. Josh got him from a shelter when he was actually planning to get a different dog.

When Josh arrived at the shelter, the dog he originally planned to get had a lot of applications. Meanwhile, there was no one lining up to get Rocky.

He was found on the side of the road, and he was half the weight he should be. On the day Josh picked Rocky up, his teeth had been removed because they were rotten.

When Josh picked him up, Rocky melted in his arms and accepted his new caretaker. Then Sophia met Josh and Rocky and immediately fell in love with Rocky.

Sophia knew right away that she needed Josh to fall in love with her so she could have Rocky in her life. Rocky was the ring bearer and best dog at their wedding.

During the rehearsal, Rocky performed well, but he was distracted by all the guests during the day itself. He expected to get treats from all of them.

When Josh first got Rocky, his fur was entirely black. Now at thirteen years old, Rocky’s face has grown very white. The vet says he’s very healthy, and Josh and Sophia as grateful to have him. Rocky is a big reason they ended up together. 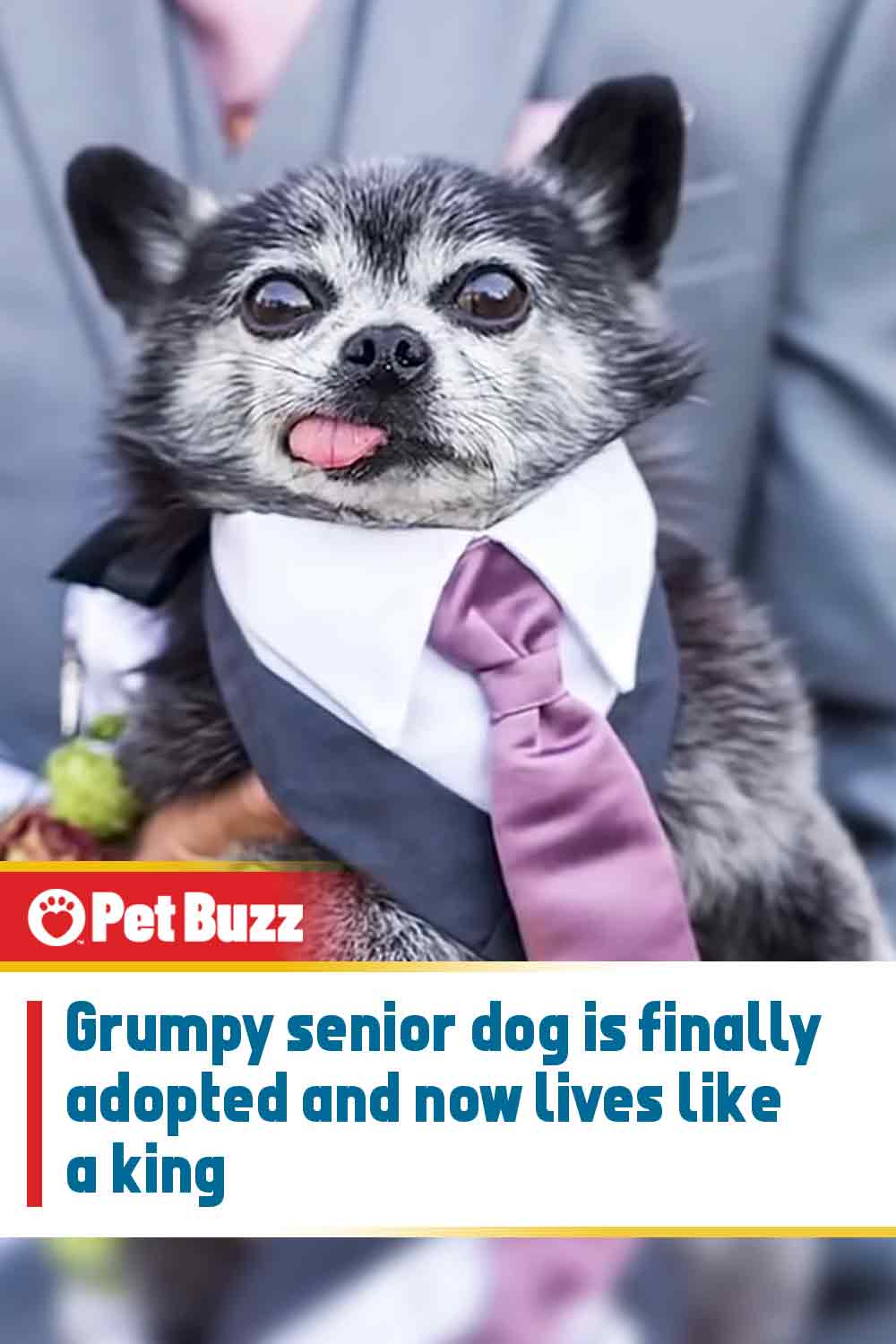