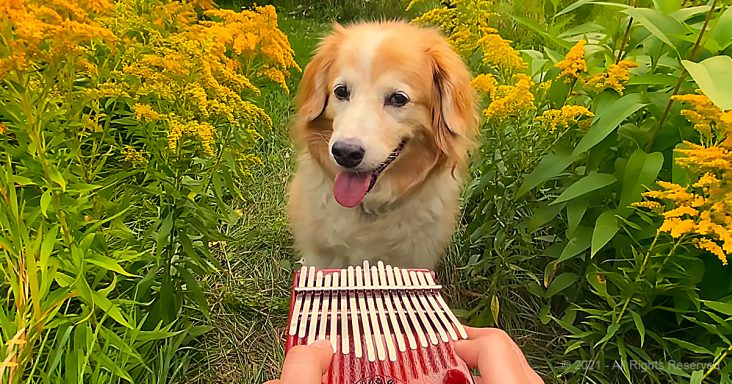 A Youtuber and musician named Trench covered “Here Comes the Sun” on his kalimba. The calming music was played in a field of flowers and featured Trench’s dog.

Trenches sidekick, a golden retriever named Maple, regularly makes appearances in his calming musical videos. Maple likes to sit and watch the musician play for her, smiling all the while.

This video was no different. Maple wandered up as the song started and sat with a huge smile and her tongue hanging out for the majority of Trench’s playing. At one point, she did lay down to enjoy the final notes of the high-pitched, calming music.

Watching the happy golden retriever approach the camera at the beginning of the song made it apparent the dog herself was the sun this song was referring to. Radiant, golden, and delighted, Maple was shining brightly through the entire short cover.

This cover was played on the Kalimba, a small finger instrument that produces a gentle ringing sound by picking the bars of the instrument. The kalimba is one of many instruments that Trench plays, including guitar.

Much to the delight of watchers, after Trench plucked the last note on his Kalimba, he knelt down to pet Maple generously on the head. “My satisfaction is immeasurable and my night is improved,” one user wrote of the action. 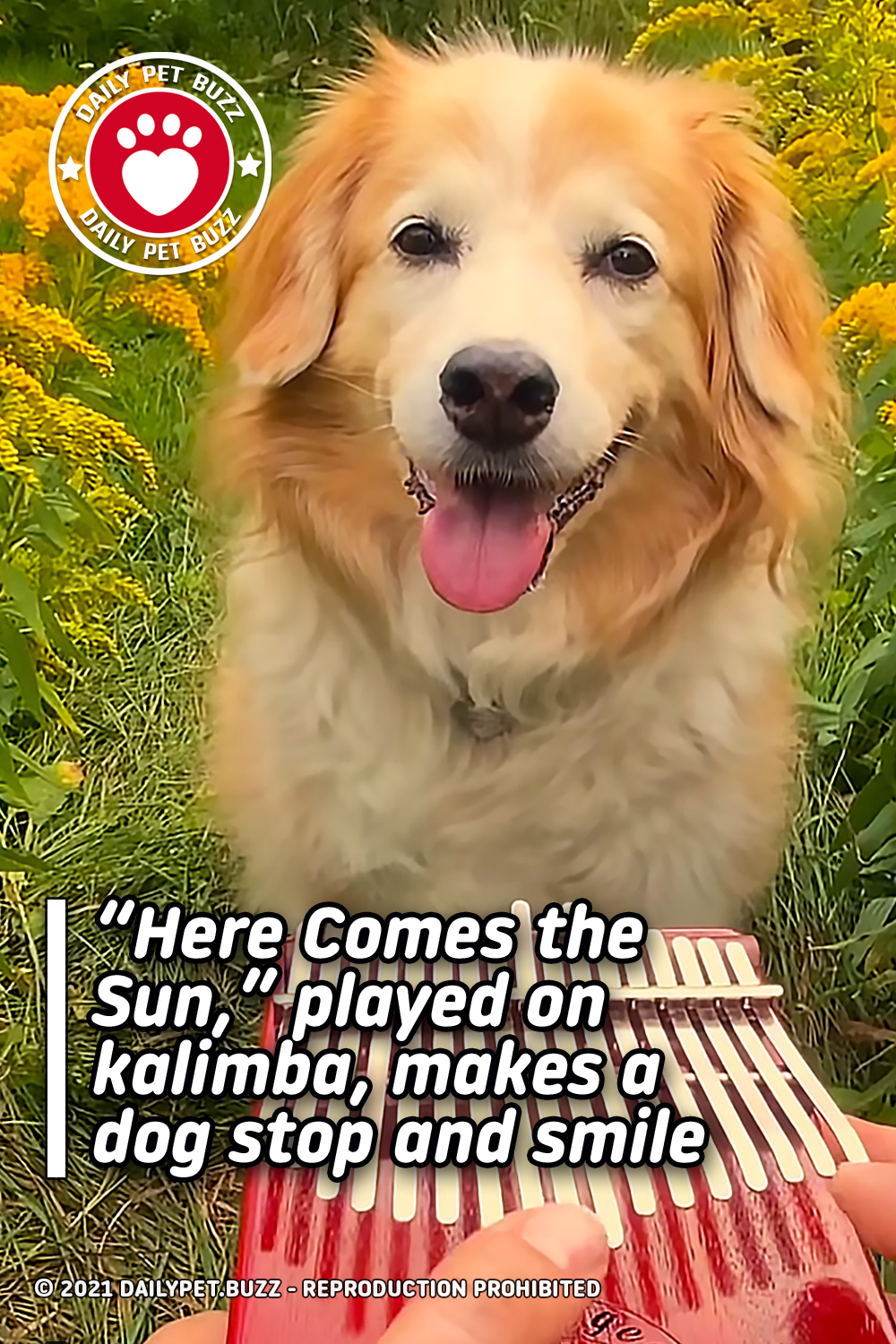