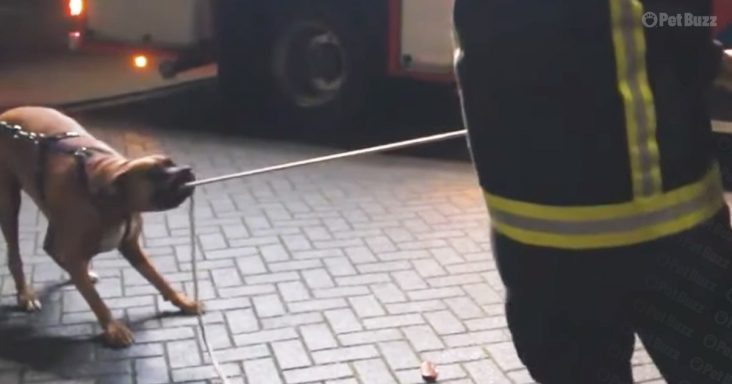 When this man decided to take his furry friend for a walk, he wasn’t expecting that the dog would become a fireman along the way. Anyway, these beautiful furry companions never fail to surprise us.

A group of firefighters were on their routine rounds and were trying to tie back a tree that seemed to be giving them quite a headache. This was when an unexpected hero came to their rescue.

The dog pulled relentlessly at the trope and wasn’t letting it go. He must have really loved playing tug of war. He pulled like a true champ in the game.

Everyone around seemed to enjoy this little show put before them. The firefighters especially broke down in laughter when they saw the newest member of their team.

The dog seemed to spread so much joy just by being there, and the whole crowd was soon a vivacious bunch. The new backup was undoubtedly making a considerable difference to the team.

The dog wasn’t bothered by the crowd as he continued to pull as if no one was watching him. All he cared about was winning this game of tug of war. He wasn’t going to be beaten by a tree.

The video has become quite the sensation, gathering over one thousand six hundred views on youtube. It is sure to leave you too with a smile on your face. Superdog won’t disappoint you. 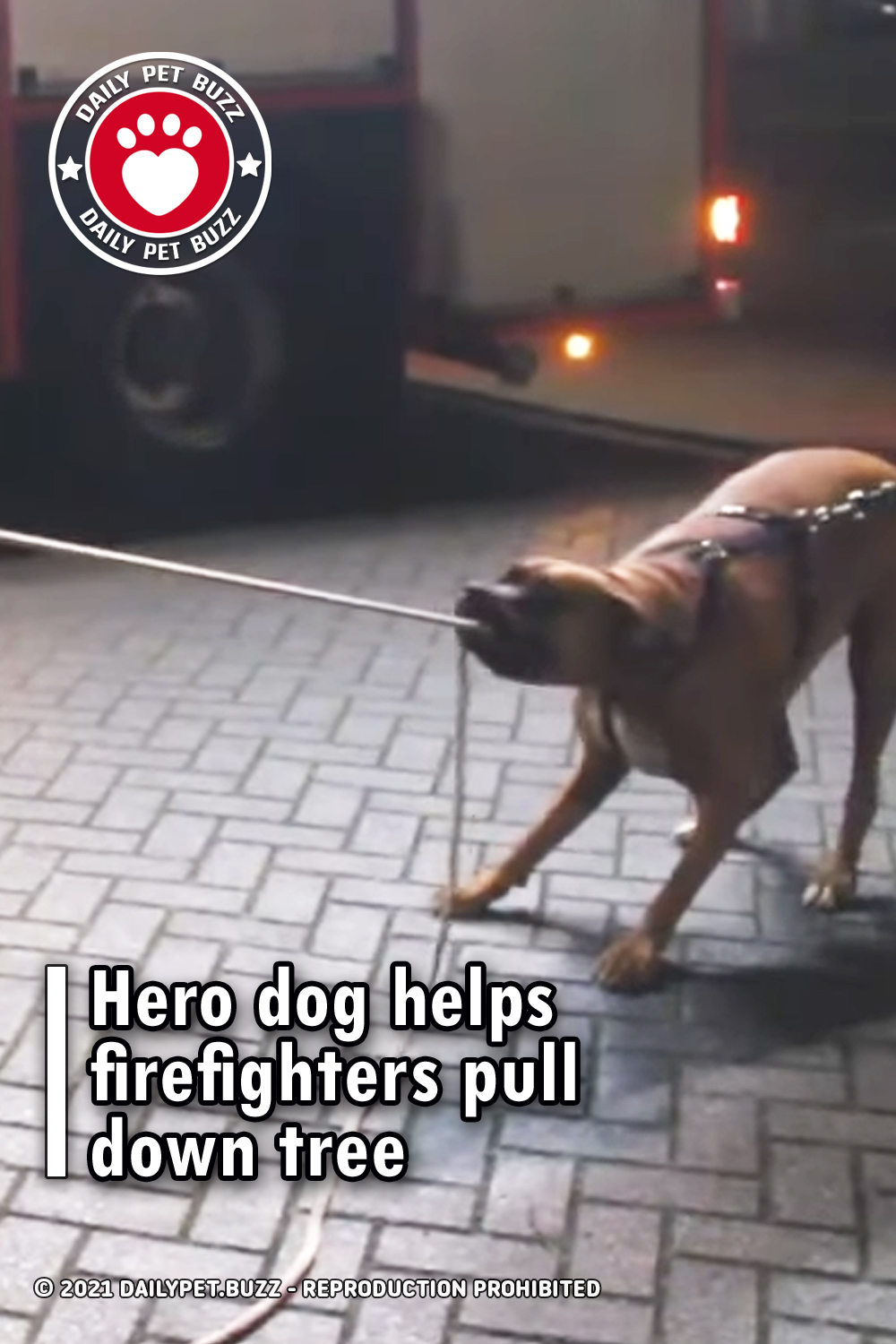