Dogs are known as “man’s best friend,” and rightly so. Ever since people first domesticated them all those thousands of years ago, dogs have proven their worth. They’ve guarded people and places, herded sheep, dealt with vermin, and sniffed for contraband. And of course, dogs have long been loyal and beloved pets.

Dogs have also rescued people from all sorts of perilous situations, and not just on TV. There have been numerous instances of dogs realizing someone is in trouble and either do something to save them on the spot or otherwise run off and find someone who can help. Dogs have put their own lives at risk — and even lost their own lives — protecting their favorite humans from harm.

In this case, a dog proved to be a woman’s best friend. The story comes to us from Podgorica, the capital of Montenegro, a small country in southeastern Europe. The dog was sitting in the street, watching a woman walk by carrying shopping bags (it isn’t clear if the dog is a stray or just happens to live nearby). Out of nowhere, a man appears and starts walking behind her, getting closer and closer and it’s obvious his intentions aren’t good. The woman doesn’t even notice he’s creeping up on her and just walks along calmly. The dog however, senses something is wrong and tenses up.

When the man finally attacks the woman, apparently to steal the bags she was carrying, the dog lunges at him and starts biting. The would-be thief is taken totally by surprise and runs away, with the dog at his heels trying to give him some more well-deserved bites.

Impressed by the way this dog sensed something bad was about to happen and then heroically sprang into action when it did? Let us know in the comments at Facebook and be sure to like and share! 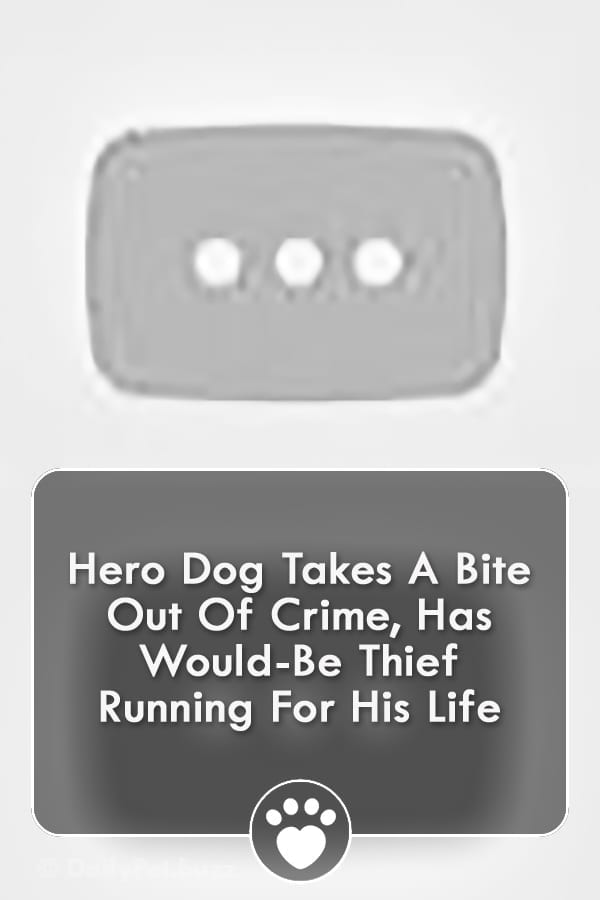