Animals meeting each other for the first time can create tension. You never know how one is going to react to the other, especially when one is older than the other. Will they get along famously or will one use the other as a punching bag? There’s only one way to find out ” put them together. We see that dynamic in action in this video of Louis the Beagle meeting a younger half-sibling named Marie.

Louis first sees Marie when he’s looking out a sliding door into the backyard. He barks excitedly and you can see his tail wagging. That’s a good start. Louis and Marie share the same dad, so although there’s a bit of an age gap between them, they share some genes. The older dog finally gets to go outside and there’s the time-honored tradition of sniffing each other’s butt. Then they get down to business.

Actually, no, they get down to playing, with rambunctious games of chasing each other and just running around. What were they going to do, sit down and share stories about their father? Louis is a very friendly dog and it seems to rub off on Marie. They hit it off and it looks like they will be able to spend a lot of time with each other. He seems more than willing to play a mentor of sorts to her.

It’s good that there was no problem with the age gap. Some dogs that are older tend to want to rest more and they can get irritated with the boundless energy of the younger pooch. That’s not to say that this is confined to only dogs. Cats, birds, you name it – it can be a problem that strikes every species out there. Humans too. An older office worker can tell a younger one, ‘Look. It’s nice working with you here, but I am NOT going out to Happy Hour again. The last time I stayed up until 2am, I was sick for a week!’ It doesn’t look like Louis will be saying anything like that to Marie.

I had a hard time deciding who was cuter between the two. I eventually decided to declare it a tie between them. What did you think? Leave a comment for us below! 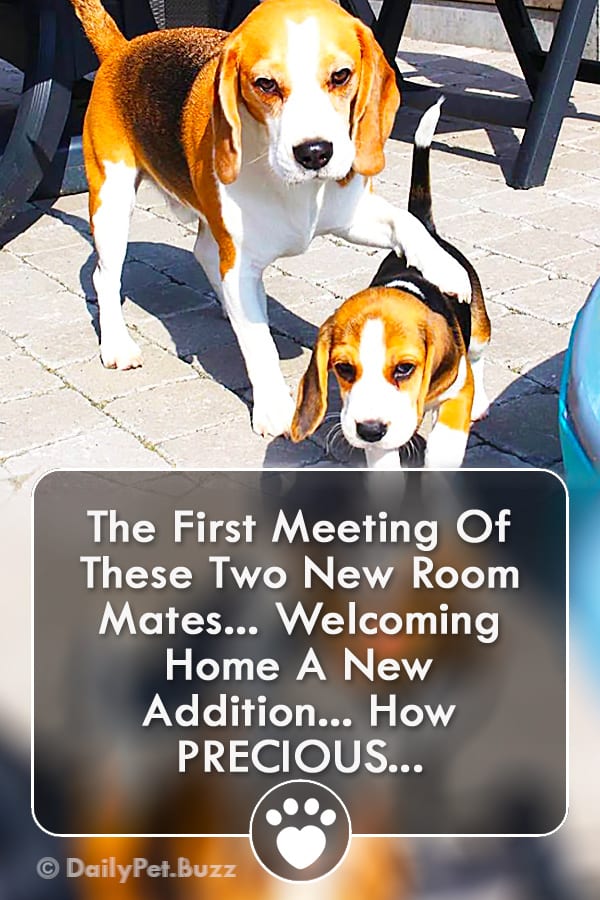