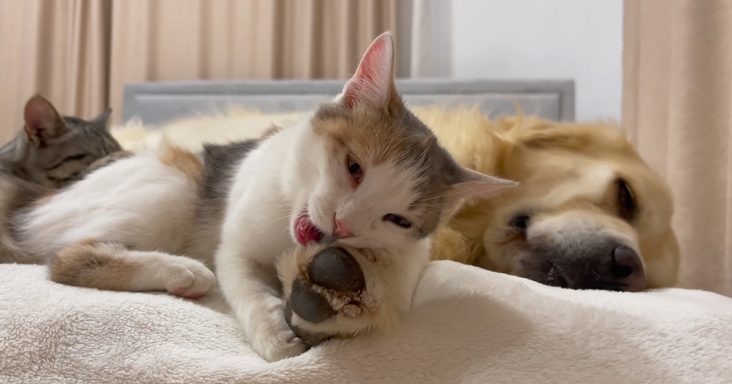 Bailey, the Golden Retriever, was trying his hardest to sleep, but two playful and restless kittens were on him the entire time. All of them were on top of a soft and comfortable bed.

One kitten had grey fur with black spots and stripes. The other was white with orange and black splotches. They were dwarfed by the immensity of Bailey, who just wanted to rest peacefully.

Both kittens were cuddling with Bailey, but they also gently nibbled on him. The grey kitten was on his leg, and the white one was biting and licking Bailey’s paws.

They appear to be grooming him at times, but they play with the gentle giant most of the time. Bailey was definitely bothered, and he was very patient with the two youngsters.

Instead of barking or growling at them, Bailey shifted positions to get his paw away from the biting. The grey one seemed to understand they should stop, but the white one went back to Bailey’s paw.

At one point, it almost looked like Bailey would get angry, but he stopped himself. He couldn’t stay up for long, and his eyes slowly shut once again.

Bailey yawned widely and eventually fell back to sleep. Finally, the kittens were no longer bothering him, and he could have sweet dreams. 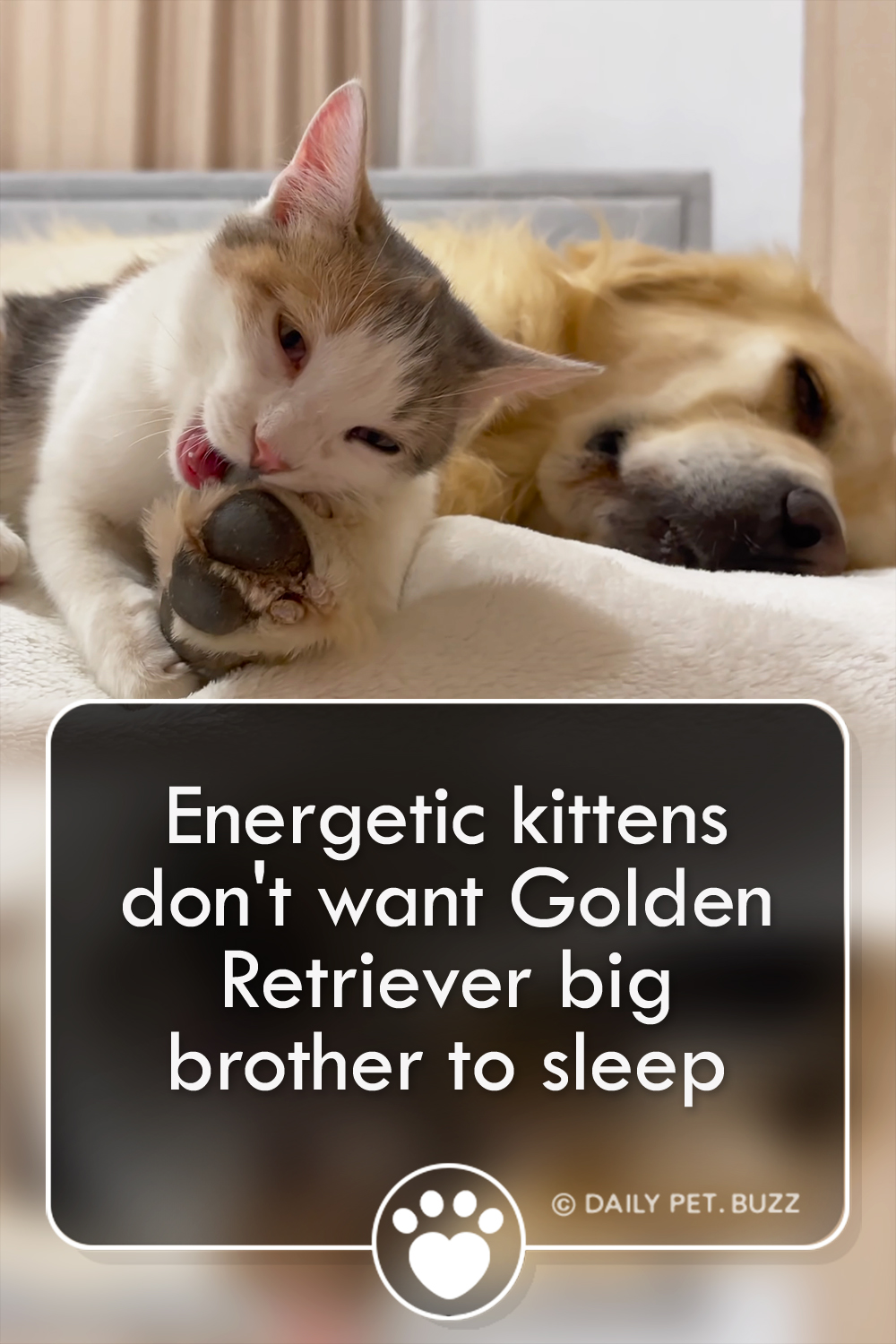