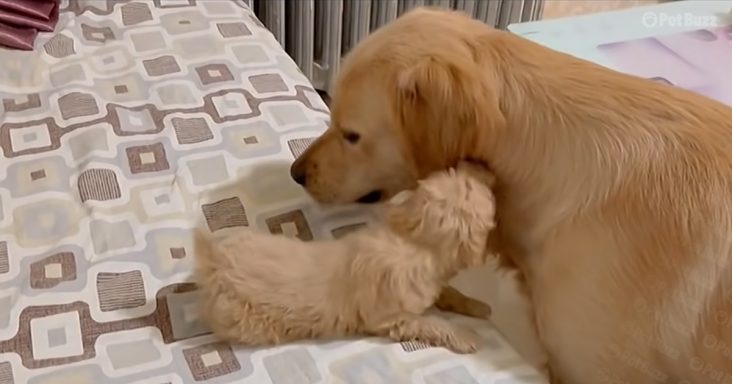 Dogs are one of those animals who are capable of complex relationships. This never rang truer than with this Golden Retriever and this Labrador pup. It’s an exceptionally heartwarming story.

Jin Mao’s owners are great. He’s a 2-year-old Golden Retriever. Since the owners have to work throughout the week, they’ve adopted a tiny Labrador puppy to keep him company.

So Jin Mao has a son now, and his name is Teddy. Teddy is small enough to fit right in your pocket and fuzzy enough to slip through your fingers.

It took Jin Mao one sniff to fall in love with Teddy. But, once you see them in action, you’ll agree that they were made for each other. Even the colors of their coats match!

Basically, that’s where the similarities end. They have different sizes, different levels of energy, and different roles. But, yes, Jin Mao teaches him how to do dog things, and Teddy learns! Just like a dad and son!

Jin Mao even shares his toys with him, as well as his food. But even he is a pup at heart and just couldn’t share his teddy bear. He couldn’t bear to give the teddy to Teddy!

These peachy little pooches are totally inseparable. Since they met, they’ve been eating, playing, and sleeping together. Let’s hope they’ll keep doing that for a long, long time! 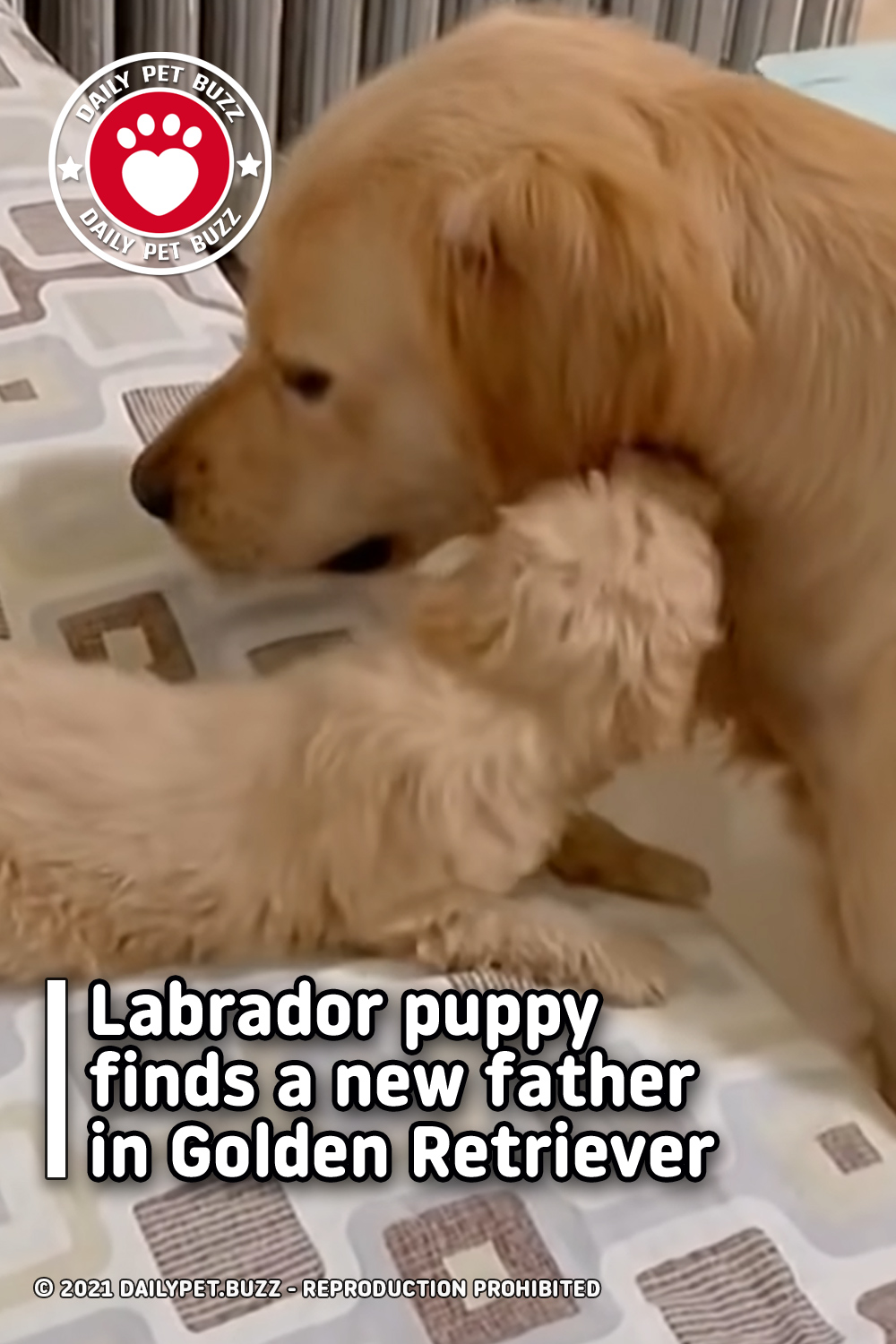